Stock up on lives before taking it on. 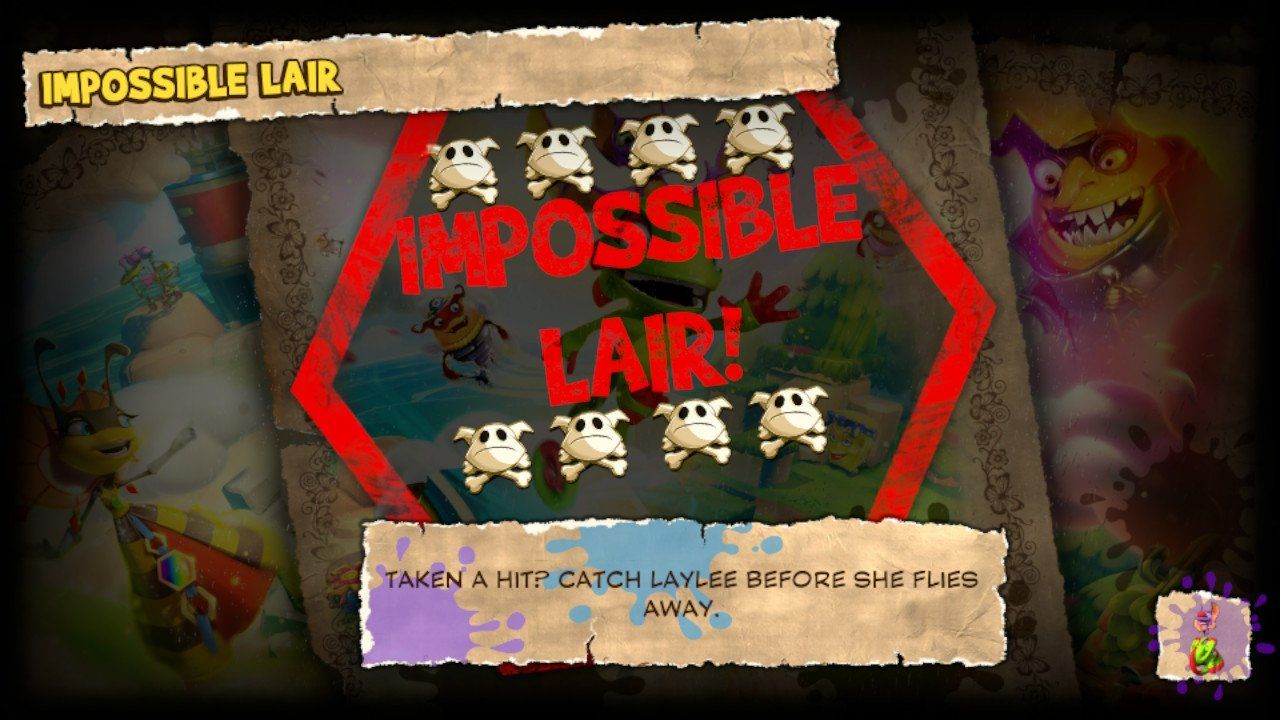 The very first thing you will be introduced to in the game is the actual Impossible Lair, which is a long continuous platforming level that is seemingly designed to have you fail, hence the name. This starts with an easy boss fight against Capital B before you get to the actual platforming. As soon as you die however, with you able to take two hits total, you will be sent outside of this and towards the overworld and the first Chapter in the game.

Your eventual goal in Yooka-Laylee is to take down the Impossible Lair, but you must first prepare yourself to better your chances of doing so in the game. The Impossible Lair is essentially a gauntlet to test your might, so you need a little help in the form of Beettalions.

Beettalions are acquired by beating each level in the game, which each give you one extra hit in the Impossible Lair. These Beettalions surround you as you make your way through the lair, with taking damage removing one Beettalion from your total instead of knocking Laylee away. These aren’t lost permanently either, as it only the case for that particular run of the Impossible Lair.

You can also enhance your chances by collecting some of the different Tonics available in the game and equipping them. Which ones you want are really up to you, but go all out, as the negative Quill bonuses don’t matter here at all.

To better enhance your changes of surviving the entire Impossible Lair, collect as many Beettalions as you can in the game. Depending on your skill level, you can take on the Impossible Lair with a low amount or go all out and collect them all in the game instead for the best chances. Also figure out with Tonics work best for you to maximize your chances.