When Blue-Eyes is not enough. Yu-Gi-Oh Master Duel was just released on January 19th on all major platforms, and for veteran duelists, casual players, and newbies, it’s proving to be a fun way to play the popular card game online akin to a higher quality Duel Links.  Master Duel incorporates the rules from the game in a streamlined presentation that makes even the more complicated rules like Synchro or Link cards more approachable to learn and play.  But before it’s time to duel, everyone must what they think will be the best Starter Deck, so this is a brief overview of our choice.  Read more to find out!

The 3 starter decks each have their unique strengths, adopting different playstyles from various eras of the game, but the one which stands out in its approachability is Synchro of Unity.  This is not to say the other decks, Power of the Dragon and Link Generation don’t have their strengths as they do which will be covered later.  Synchro of Unity is simply able to handle a broader variety of threats and does not require much time for its core strategies to get put to use. 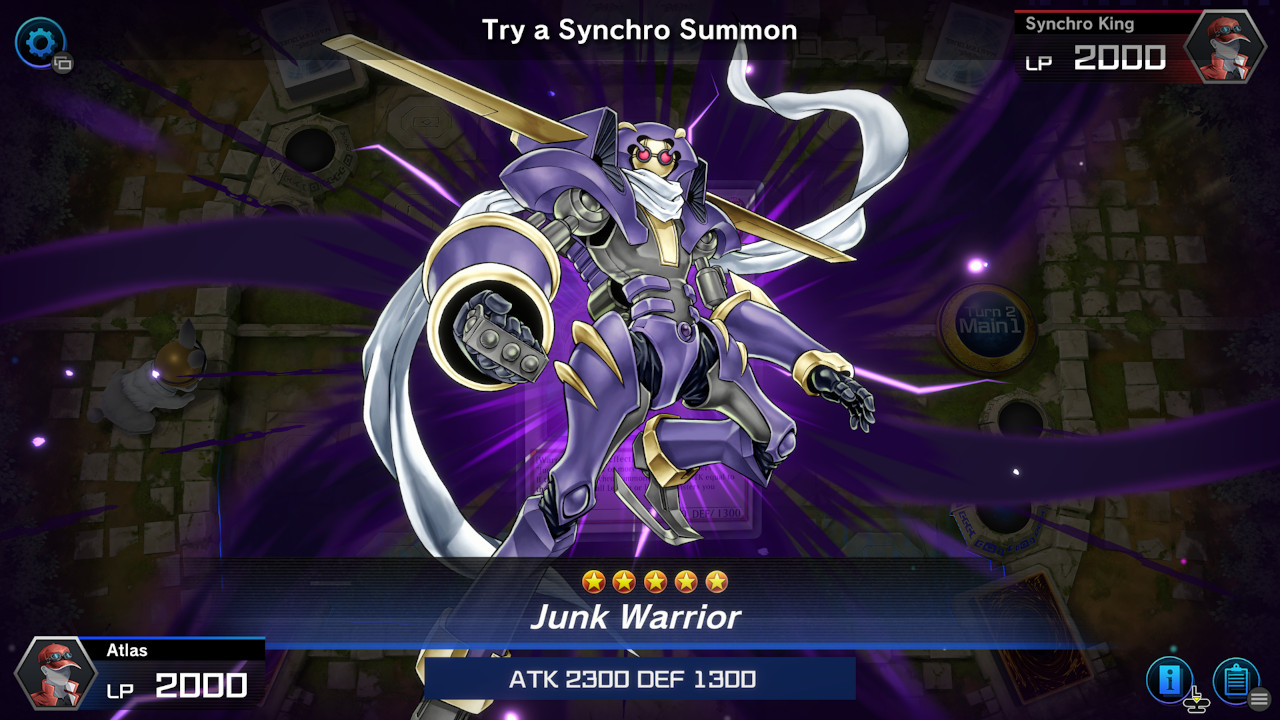 Synchro of Unity, for new players and old players unfamiliar with recent rules, uses Tuners combined with monsters as fodder to summon Synchro Monsters, as fast as on the first turn.  Synchro Monsters are summoned from your extra deck, boast decent Attack and Defense and abilities, and their conditions vary but you must match their level (stars) with the combined level total of the Tuners and non-tuner monsters your sacrifice.  This type of early game offensive build is present in Link Generation and Power of the Dragon too, but with less-lethal potential in the early game which is crucial in taking control of the match.

This deck can dictate the flow of battle, such as through the returning Kunai with Chain popularly used in the anime which, when combined with the Nitro Warrior card, will force players to defend and then punish them.  This, combined with great cards like Shard of Greed for when you need better draws quickly, and the flexible potential this deck has even against other Synchro decks, makes this a good starting choice, and a fun way to get used to new mechanics. Power of the Dragon, on the other hand, survives well in the early game but not well, although it comes close in the form of delaying or even wasting Synchro and Link summons through good Spell Cards.  The presence of Blue-Eyes White Dragon is awesome as well; this is a more beginner-friendly deck but is not able to handle early game threats unless you’re lucky enough to draw and play Lord of D and Horn of Summoning Dragons, and you should not bank on luck.  And while the 5-Headed Dragon is an epic powerful monster, it is a Fusion monster meaning you need 5 dragons on the field or in your hand, and this can be intercepted.

Finally, Link Generation uses the Link gimmick that, while potent, is highly situational and can be pretty easily countered with the cards from Synchro of Unity.  Their main counter, however, is that they can’t be put in the defense position which interferes with cards like Kunai with Chain, but even then their monsters aren’t enough of a threat.

The biggest problem that Link Generation and Power of the Dragon share is that they require slower setup, and have too many cards that rely too much on specific circumstances to be played well.   What’s important to note is that, while Synchro of Union is the best Starter Deck of the three, you can easily gain both of the other two decks. You can also improve them with cards from in-game packs as well as building entire new decks that fit your playstyle.

This concludes our guide, Yu-Gi-Oh Master Duel: Best Starter Deck Explained!  Be sure to keep an eye out for more content on Master Duel in the future, in the articles below here!