Mobile Game The Walking Dead: March to War Is Out Now 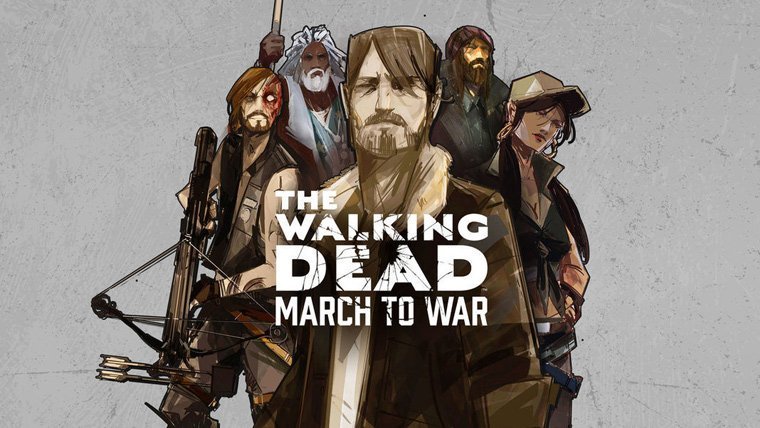 From today, mobile gamers can enjoy a brand new multiplayer strategy game based on the hugely popular The Walking Dead franchise. Developed by Disruptor Beam, March to War lets players manage a team of characters who must collect resources through a devastated Washington D.C. to prepare themselves for the upcoming war against another group of survivors lead by Negan. Other famous characters from the series confirmed to appear are Michonne and Rick.

The Walking Dead: March to War plays in isometric view in order to manage easily the actions of each character that we guide through the city. Players can order them to explore, attack human or un-dead enemies, collect resources, or search for other survivors and make them join your cause. The game also supports online cooperative and competitive multiplayer modes, which adds yet another layer of fun and complexity, as players can form alliances that can break through the game.

The visual style is clearly based on the comic book series, and the story will be determined by the choices that players make in situations that reference the original works. All in all, The Walking Dead: March to War seems to be a high-value development thanks to its graphics and its rich gameplay.

The franchise is going through a sweet moment in the videogame world, as apart from March to War there are multiple game projects currently in development, such as a new location-based mobile game, and Telltale’s Final Season of their own Walking Dead series.

The Walking Dead: March to War is available now to download for free from the App Store for iOS devices and the Google Play Store for Android phones. Watch the launch trailer below.

Home / Mobile / Mobile Game The Walking Dead: March to War Is Out Now