8-Bit Armies is Getting a Limited Edition

The limited edition box sets will be available with the original PC version of the game, or the upcoming PS4 or Xbox One versions. 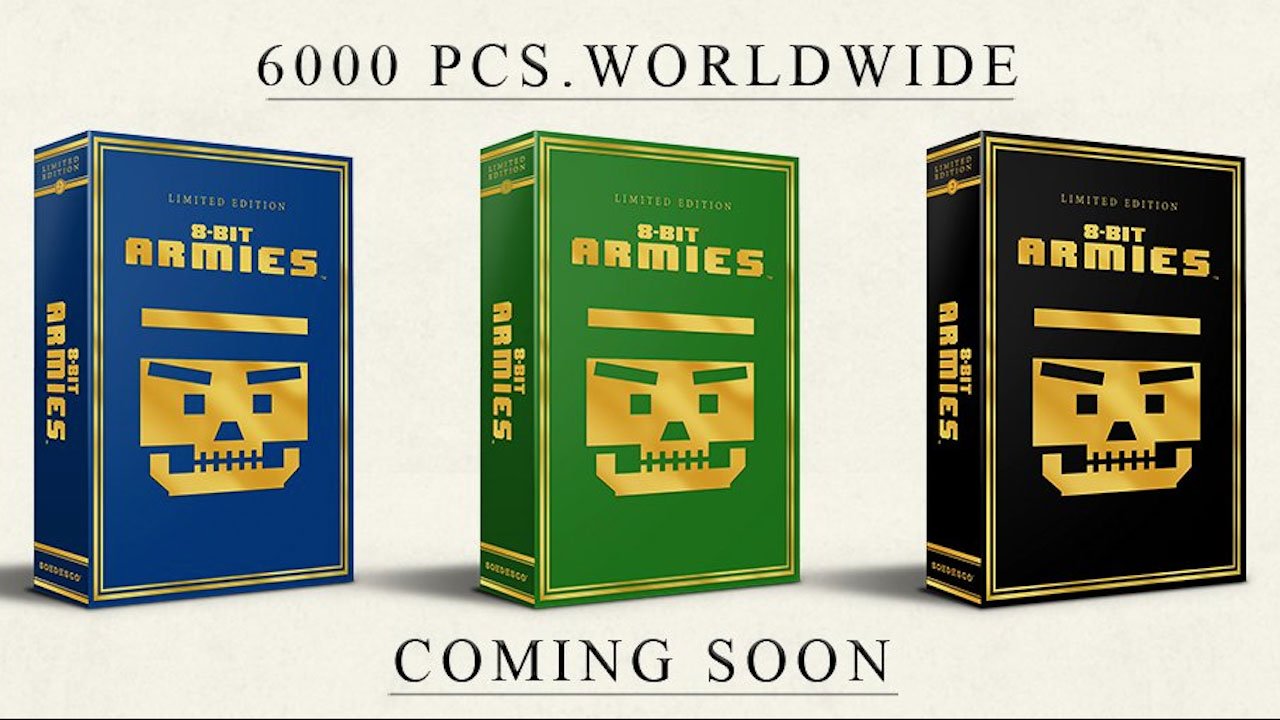 Indie game publisher SOEDESCO just recently released limited edition box sets of D-Pad Studio’s critically acclaimed retro platformer Owlboy, which contained the base game along with a number of extra items and collectibles for both the Switch and PS4 versions of the game. Now SOEDESCO is continuing the limited edition trend with a box set of another retro indie game.

SOEDESCO announced today (September 4) via social media that Petroglyph Games’ real-time strategy game 8-Bit Armies will be getting limited edition box sets soon. 8-Bit Armies will receive three different box sets, which will likely include the same materials, with the only difference being what platform the game is for. SOEDESCO’s post shows three box sets that are all different colors: one blue, one green, and one black. It’s probably safe to assume that, just as how Owlboy had a blue box set for the PS4 version and a red box set for the Switch version, the blue 8-Bit Armies box set will be for PS4 while the green one is for the Xbox One version of the game and the black one is for the PC version. A release date for the limited editions and what the contents of the box sets will be have yet to be revealed. It was revealed, however, that only 6,000 units per platform will be available globally.

8-Bit Armies is currently available for PC and will be coming to PS4 and Xbox One on September 21.

Home / Game News / 8-Bit Armies is Getting a Limited Edition