The latest news in the world of video games at Attack of the Fanboy
November 26th, 2015 by Dean James 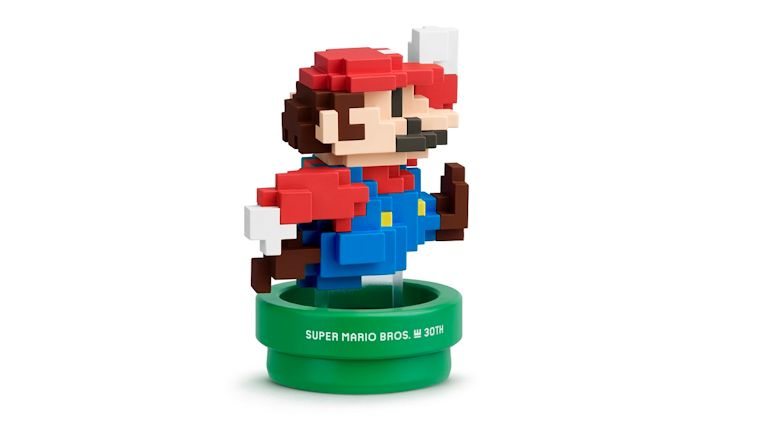 November has seen a bunch of different amiibo releases, ranging from the Super Smash Bros. line to Animal Crossing and even the Mega Yarn Yoshi. However, the month isn’t done yet as we not only have a new release today, but of course it falls during the Black Friday sales.

The Modern Mario amiibo arrived back in September technically, but as a Wii U console bundle that was exclusive to Walmart. So unless you wanted to pay $299 for an amiibo or import it, it’s been impossible to get one.

Then news came that he was going to finally come to Walmart, but of course in the middle of the Black Friday madness, which now starts on Thursday on Thanksgiving Day.

Walmart will start their Black Friday sales in-store later today, November 26 at 6 pm, which is when the Modern Mario amiibo will go on sale in stores. He has been registered locked previously, though some report that after midnight tonight it has worked, but most stores won’t have the stock out yet anyways.

The other option is one that you will have to take advantage of not only after this posting, as Walmart is supposed to be putting their Black Friday sales up online as well starting at 12:01 am PST (3:01 am EST). The website has stated that the Modern Mario amiibo will be part of this, so hopefully that is not incorrect, so as many can avoid in-store as possible.

As always, good luck getting the Modern Mario amiibo either in-store or online and make sure to let us know if you were able to get him and which method you used. Happy Thanksgiving fellow amiibo hunters!