Ark: Survival Evolved is the Dinosaur Game We’ve Been Waiting For

The latest news in the world of video games at Attack of the Fanboy
May 11th, 2015 by William Schwartz 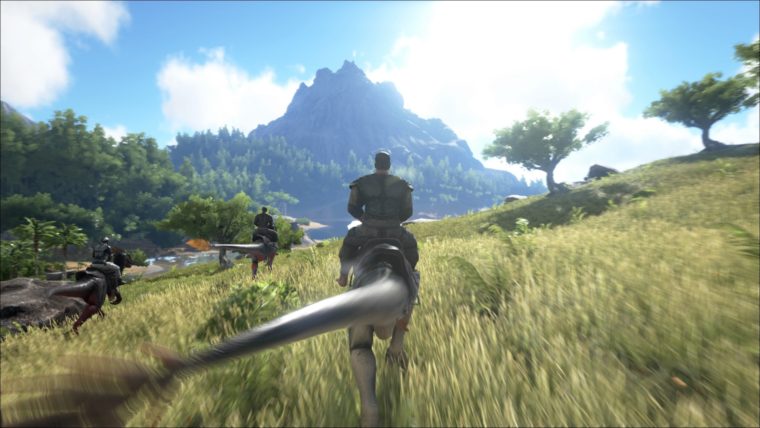 Today has brought us what looks to be the world’s greatest dinosaur game ever conceived. Indie developer Studio Wildcard announced their massive dinosaur-centric, open-world game titled ARK: Survival Evolved. The survival game pits players against the now-extinct beasts as well as each other, if they choose to go down the path of conflict over cooperation. The story that evolves from there is up to the individual, and there is a plethora of activities awaiting players. Dino domestication/mounts, resource management, structure building, and sporadic environmental changes are all grouped up in this upcoming title.

There’s almost too much to list, which is why you should do yourself a favor and watch the exciting debut trailer.

ARK: Survival Evolved will hit PC first via Steam Early Access on June 2nd. I’m sure some of you are still feeling the burn from The Stomping Land, but don’t let that fear make you miss out on something with the potential to be incredibly special. The Early Access stage will carry a lower price point than the not-yet-determined final retail price. This introductory version will contain 30 tamable dinosaurs and creatures, mod support, food/water/temperature/weather systems, building options, and agriculture-based features. The sizable list of gameplay options is already staggering and it will only continue to increase over the next year of development.

Come June 2016, ARK: Survival Evolved is planned to expand to PS4 and Xbox One for its full release. And since this Unreal Engine 4 title supports VR, it is targeting Sony’s Project Morpheus, too. We’ll have to wait until next month to see what potential the game truly has, but expectations are already running high.