The latest news in the world of video games at Attack of the Fanboy
March 2nd, 2018 by Kyle Hanson 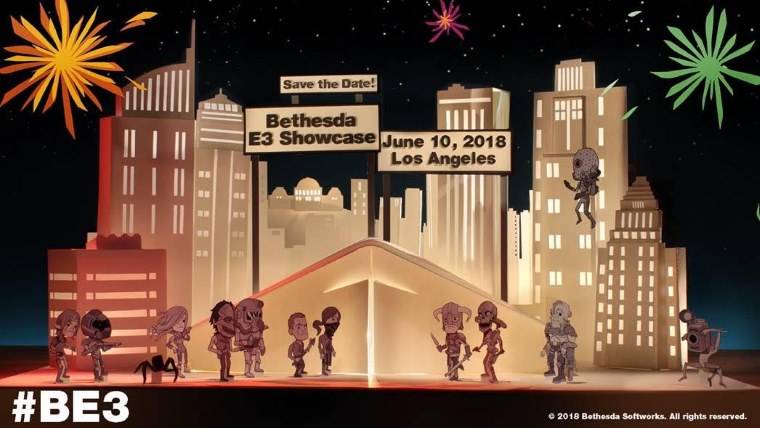 E3 2018 is coming up fast which means it’s time to start hearing about all the major game publishers plans for the huge event. As has become a yearly tradition at this point, Bethesda will once again be hosting their own press conference. The Bethesda E3 2018 Showcase was just officially confirmed to take place on Sunday, June 10th at 6:30pm Pacific Time in Los Angeles.

This will be the fourth year that Bethesda will host their own E3 Showcase, with last year’s event taking the form of a massive carnival known as Bethesdaland. The year before that was in a massive air hangar and the first year was where they debuted Fallout 4 marking a major moment in E3 history. This fourth year could be anything, up to and including The Elder Scroll 6.

That game is pretty much on every gamers’ most-wanted list and they’ve been asking Bethesda about it for years. It is certainly under development now, but the company likes to make announcements close to release, and it seems it’s still years away from that. We could get a teaser though, if anything. And Bethesda still likes to surprise gamers with these E3 Showcases, so expect something we haven’t thought of to be revealed.

Save the Date for the Bethesda E3 2018 Showcase