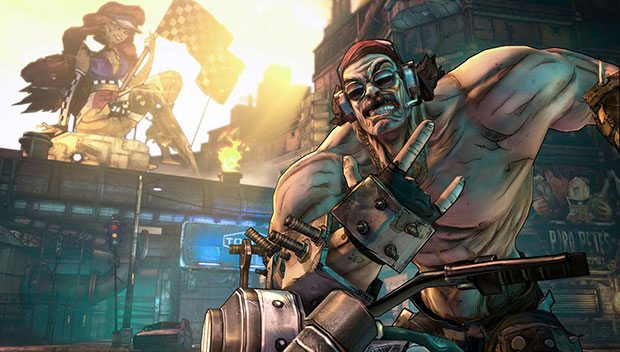 The second round of Borderlands 2 DLC is on the way, as Gearbox has started tweeting away with a new character named Mister Torgue on the @ECHOcasts Twitter account.  Details are sparse on this new DLC outside of the new character and his “Campaign of Carnage”.

When this new DLC is set to arrive has yet to be announced, but the new character apparently enjoys explosions and bad-assery, as depicted by the first image above.

Expect a timing announcement from Gearbox in the near future.