Despite its name, we actually know what will be included in this Mystery Box Edition. 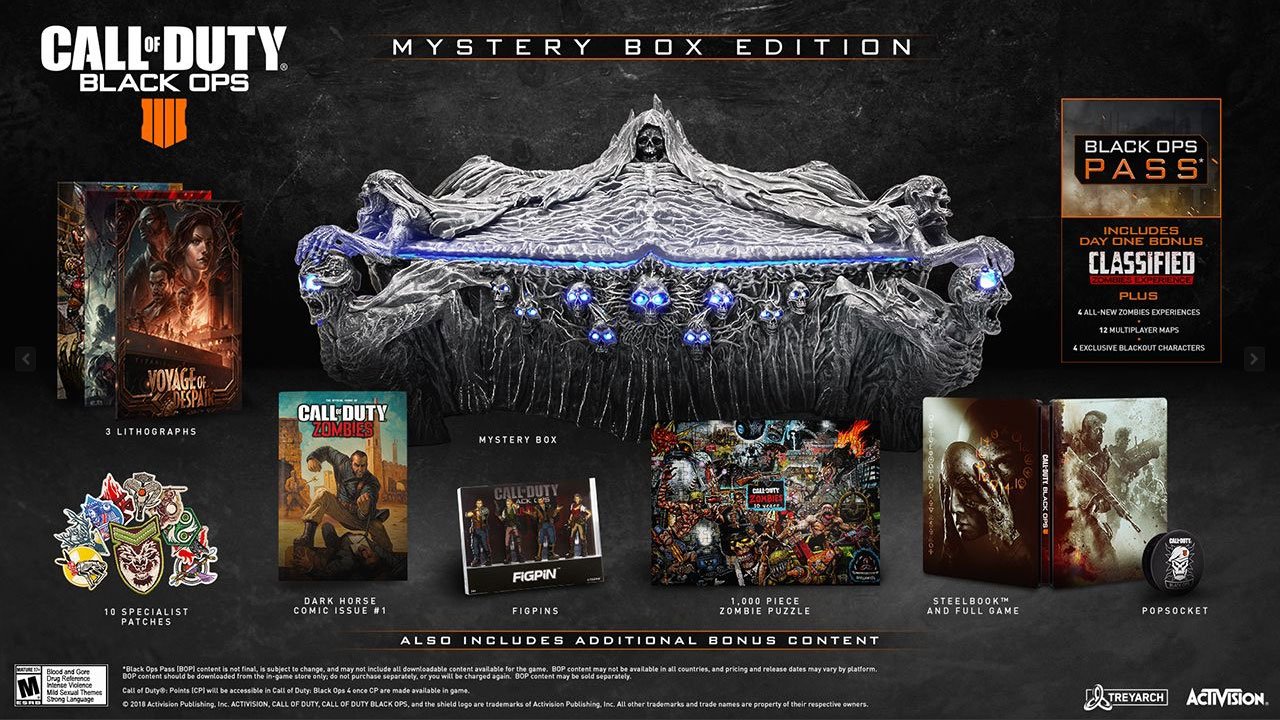 This year’s Comic-Con is currently underway, and lots of pop culture-related announcements can be expected. One such announcement was for the collectible edition of the highly anticipated Call of Duty: Black Ops 4.

Activision recently announced the Mystery Box Edition of Call of Duty: Black Ops 4, which features a number of physical collectibles along with the game. The box itself is incredibly detailed and even lights up and makes zombie noises, as well as containing the following content:

The Black Ops 4 Pass content is subject to change, but currently is slated to include Classified, which is a bonus Zombies experience that will be available upon launch, as well as four future Zombies experiences, twelve multiplayer maps and four exclusive characters for the game’s Blackout battle royale mode. The Mystery Box Edition will also reportedly contain unspecified “additional bonus content.”

Call of Duty: Black Ops 4 is set for release on October 12 for PlayStation 4, Xbox One and PC.