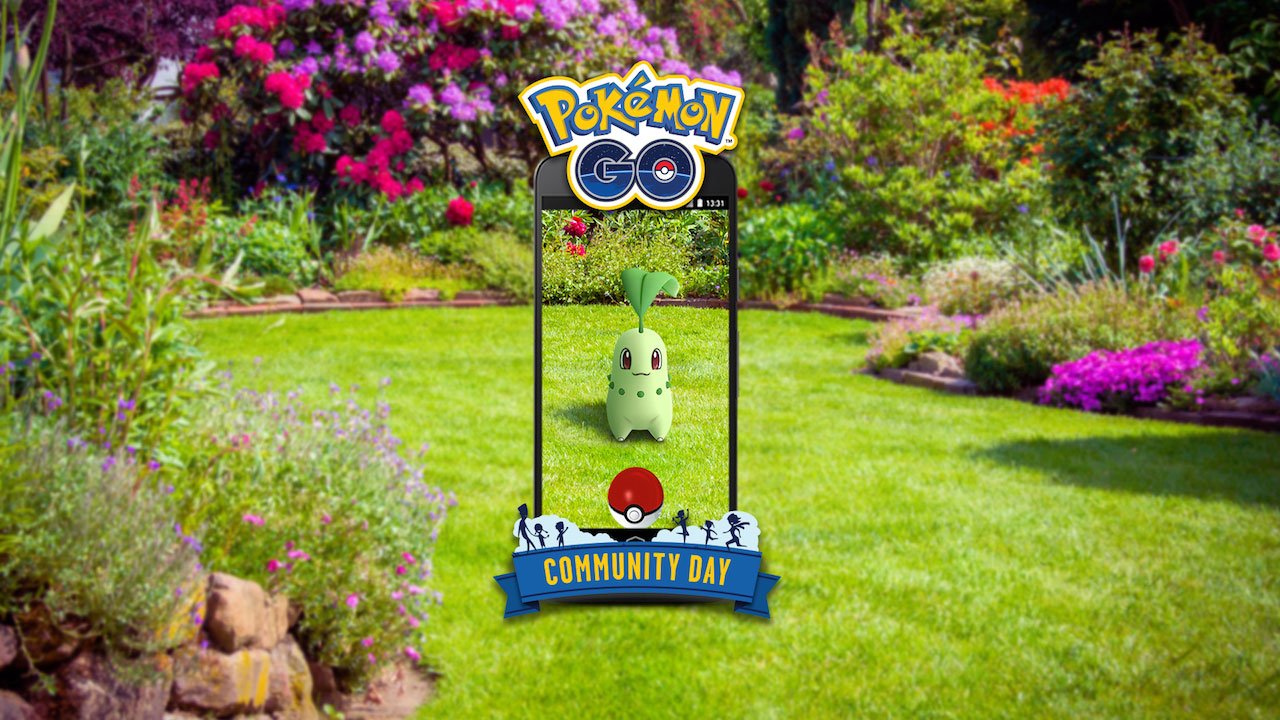 This month’s Pokémon GO Community Day (or Community Days, in this case) recently ended, with lots of trainers coming out of it with new, shiny Eevees. Of course, Niantic is already planning next month’s Community Day.

Niantic recently revealed that September’s Community Day will take place on Saturday, September 22, and that the featured Pokémon will be the Johto Grass-type starter Chikorita. For those unfamiliar with Pokémon GO‘s Community Days, this means that on September 22, from 11:00am-2:00pm PST/2:00pm-5:00pm EST, Chikoritas will spawn much more frequently than usual. There will also be a higher chance of encountering a shiny Chikorita, and Bayleefs that evolve into Meganiums during this three-hour time period will learn a special move that it wouldn’t normally be able to learn. What this special move will be for Meganium will be announced at a later date. Additionally, Lures will work for three hours during Community Day, and trainers will earn three times the normal amount of XP for catching Pokémon during this time.

Several past Pokémon GO Community Day stars have been starter Pokémon, including Pikachu (the mandatory starter of Pokémon: Yellow Version) and Eevee (the starter in the upcoming Pokémon: Let’s Go, Eevee!), as well as all of the normal Kanto starters (Bulbasaur, Squirtle, and Charmander). Now with Chikorita taking the spotlight, it’s pretty safe to assume that the other Johto starters, Cyndaquil and Totodile, will eventually star in their own Community Days. Niantic has also confirmed that the next two Community Days will take place on Sunday, October 21 and Saturday, November 10.