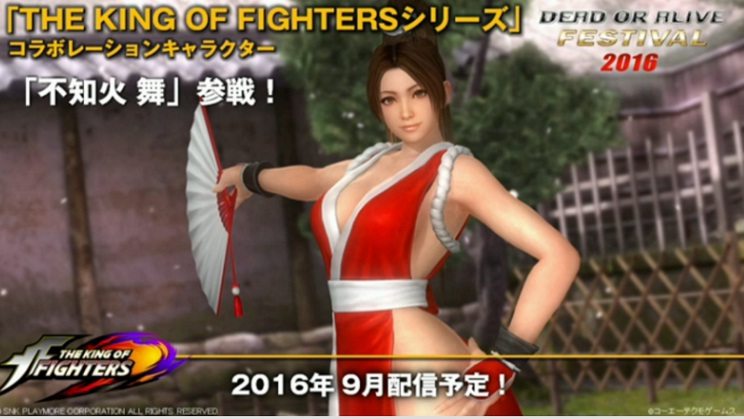 Dead or Alive 5 Last Round has received many guest characters over the years. Characters from Virtua Fighter and Ninja Gaiden were added to the game. Now, a popular King of Fighters character is joining the roster.

Mai Shiranui is being added to Dead or Alive 5 Last Round this September. She has been one of the more popular characters from the King of Fighters franchise.

On a post from Dengeki Online, Koei Tecmo promise that she will be balanced out with the rest of the characters. This is because King of Fighters is a 2D video game and Mai has unique projectile-style of attacks.

Bandai Namco is doing the same thing as they added Akuma to Tekken 7. They managed to make him work as he’s powerful but slow. Not to mention people can easily dodge his attacks.

They have also added costumes from Attack on Titan and even a stage based on the anime is set to be included. Even though Dead or Alive 5 Last Round came out in early 2015, it’s great to see the game is still being supported over a year later.