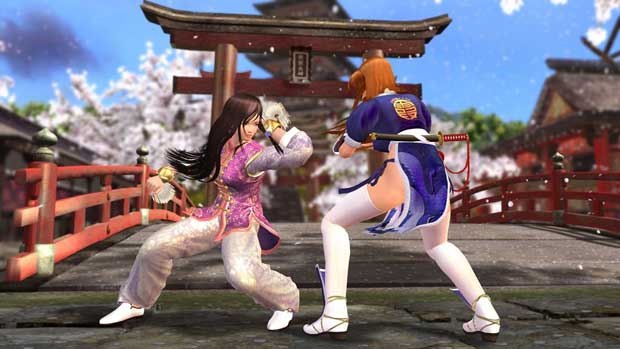 Dead or Alive Dimensions is just one of the many fighting games coming to the Nintendo 3DS.  In my book, the series is the best 3D fighter on the market, but this isn’t an article about which is better, this is about the gameplay that was shown today at the Nintendo World conference.  It looks like many of the classic characters will be making it into DOA Dimensions when the game releases this Spring.  As shown in the video below the graphics look incredibly crisp.

Although, Andria Sang did state that the 3D frame rate was not that great in the game, but after turning it off, the game looked great.  The dual screen set up of the 3DS lends nicely to fighting games.  Especially in DOA Dimensions.  You will have access to a controls chart on the bottom screen where you can tap moves from there but even if you can’t actually perform devastating combos from the secondary screen, it will be a nice cheat sheet to have without having to page through any menus.

The information in the video below is from the playable demo of Dead or Alive Dimensions for the Nintendo 3DS which will be out in March.