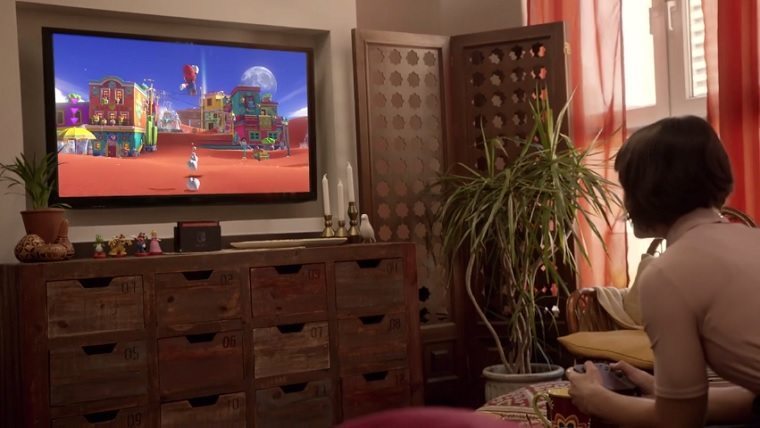 Last week brought the reveal of the Nintendo Switch, which is set to be Nintendo’s follow-up to the ill-fated Wii U. While the trailer did feature plenty of instances of people playing games, the gameplay footage itself is not representative of what it will look like when the console is released.

While this was initially detailed at the end of the trailer, this has now been delved into further thanks to an interview featuring one of the people in the trailer. Twitch streamer Dickhiskhan did an interview with GameXplain where it was confirmed that they were actually holding dummy units, with the actual gameplay footage being superimposed onto the console screens in post-production. This isn’t a practice that is new for these kinds of things, as it’s done as a way to avoid image quality being poor for the viewer.

However, a Nintendo rep has now released a statement that mentions the gameplay quality not representing the real thing, which starts by saying “This video is all about explaining how the Nintendo Switch works. We wanted to convey in a self-contained video how Nintendo Switch represents a new era for video game systems enjoyed in front of a TV, by letting gamers play anywhere, anytime, with anyone they choose. It adds the mobility of a portable system to the power of a home gaming system.”

The statement ends by saying “At a later date, before the March launch, we’ll be talking about things like exact launch date, and of course, the games. You shouldn’t assume what you saw on the video represents actual game footage and further specifics on first-party games will be provided later.”

Nintendo Switch will launch in March of 2017.