The latest news in the world of video games at Attack of the Fanboy
July 6th, 2017 by Jennifer Locke 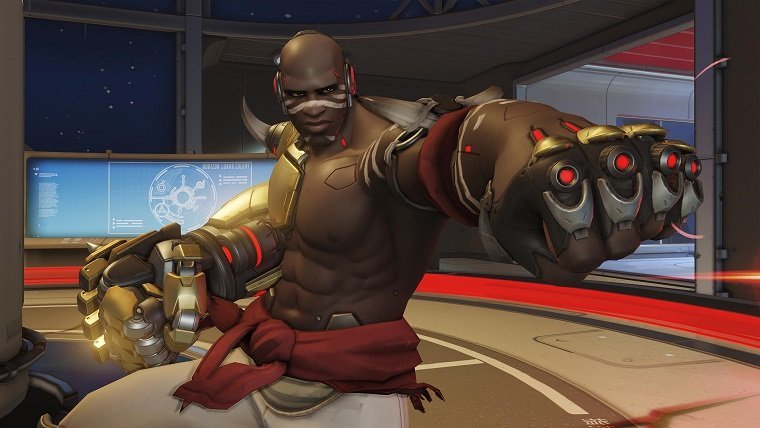 Overwatch’s much-anticipated hero Doomfist has finally been unveiled in a new animated trailer. He is currently available to play on the game’s Public Test Region.

Doomfist, whose real name is Akande Ogundimu, is a mercenary who has been recently freed from imprisonment. After losing his right arm in the aftermath of the Omnic Crisis, he gained a cybernetic enhancement and was eventually brought into the Talon organization after he was unable to compete in martial arts due to his prosthetic. Because his aspirations differed from his master’s, he killed him and and took his gauntlet, becoming the new Doomfist. He was eventually captured by an Overwatch strike team, but has since retaken his position in Talon’s inner council after freeing himself from prison.

His gameplay description on Overwatch’s website states that he fills an offensive role and is highly-mobile, leaping out of view and crashing down on his opponents with powerful slams. His abilities include Hand Cannon, Seismis Slam, Rising Uppercut, Rocket Punch, The Best Defense…, and Meteor Strike.

An extended developer update goes in-depth into Doomfist’s character. Game Director Jeff Kaplan introduces the 25th hero by breaking down his abilities, world view, history, and his journey that began since Overwatch’s announcement.