Driveclub Only Has Visual Customization Not Internal

The latest news in the world of video games at Attack of the Fanboy
August 27th, 2014 by Damian Seeto 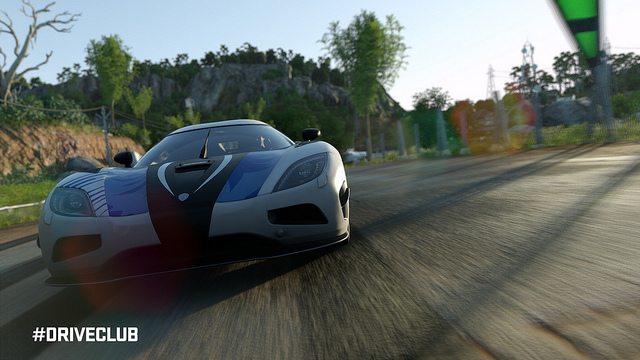 It was revealed a few weeks back that Driveclub won’t have internal customization to increase a car’s performance. The game however will have visual and cosmetic customization.

The game director for Driveclub, Paul Rustchynsky, has answered a few fans on Twitter about the game. When quizzed about the level of customization that is available in the game, he replied “just visual customization”. This means you might be able to change the paint of your car and possibly other cosmetic changes. You cannot change the engine or do internal changes like you can do in the Gran Turismo games.

He said that the rumble effect in Driveclub will be “strong on default”. He also said the rumble can be increased in the options menu if you want to. If you like to have the feel of the DUALSHOCK 4 controller jolting, Driveclub is a game that’s sure to make your hands tremble.

Rustchynksy also reiterated the fact that Logitech Wheels will not be supported by Driveclub on launch. Logitech Wheels are the expensive ones that players usually use for Gran Turismo games. He sadly didn’t set a time frame when they will be supported, but don’t expect them to be compatible when the game comes out this October 7th.

Home / Game News / Driveclub Only Has Visual Customization Not Internal