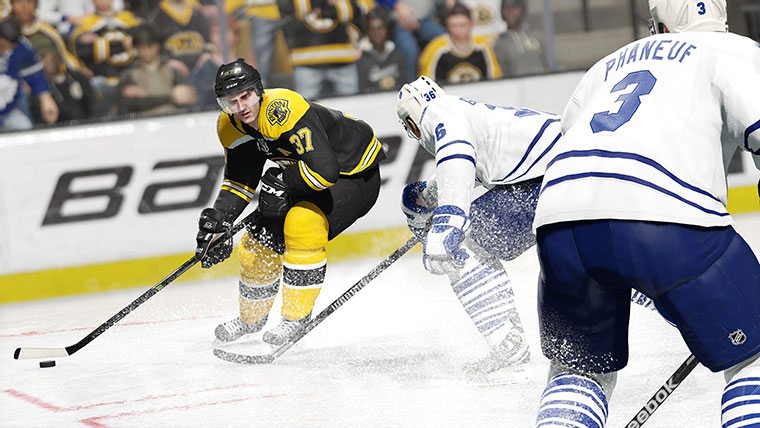 NHL 15 is getting ready to launch on the Xbox One and PlayStation 4, and fans of the series have been voicing their disgust in a number of features that the game will launch without, that had been in previous installments.  EA has addressed these features, and outlined a list of content that is due to arrive via free content updates following release.

On the EA Sports Forums, Community Manager EA_Karo has revealed a number of features that will come to NHL 15 post-launch.

September updates include Playoff Mode, Be A Pro Coaches Feedback, Stars of the Game, and changes to the Hockey Ultimate Team layouts, navigation, animations, and other features.  In October, Online Team Play and GM Draft functionality are in the works.

EA_Karo went on to address that Online Team play will only feature 5v5 gameplay, so no human controlled goalies.  An explanation of “Goalies add another level of complexity,” as the reason for the omission.

You can find a full list of features that won’t be in NHL 15, unless patched in later.