The latest iteration of the popular engine looks more powerful than anything we've seen. 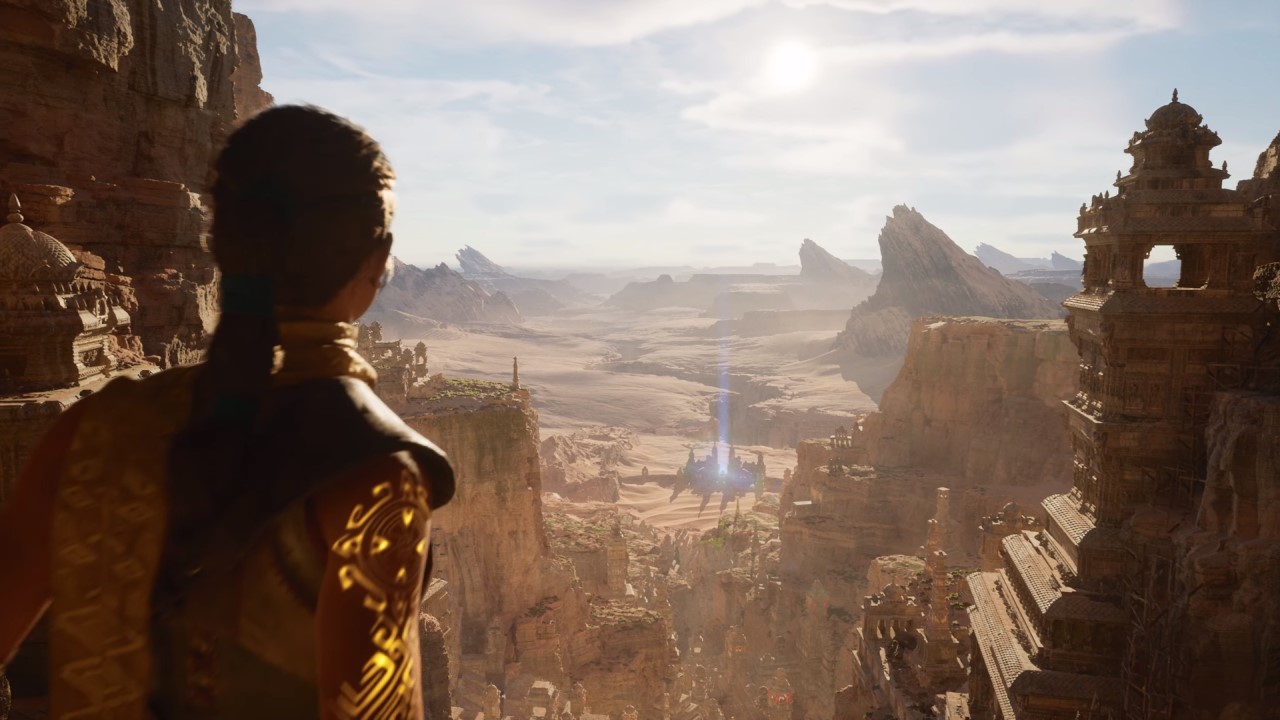 Today Epic Games unveiled the Unreal Engine 5, which will deliver truly unprecedented graphical fidelity for next-generation games. A demo of the new engine premiered via Geoff Keighley’s Summer Games Fest, and if what was shown is to be believed then the next-gen will be stunning, both visually and technically.

Unreal Engine 5 is slated for a 2021 full release.

Two major features in the Unreal Engine were the stars of the show, the new Dynamic Global Illumination system Lumen, and the gob-smacking texture and geometry crushing Nanite. There was a lot of techno-jargon, so I’ll do my best to boil it down. There was a full-on tech demo running on the PlayStation 5 showing most of this off that’s worth checking out (and, arguably, had more gameplay than the entire Xbox Gameplay Showcase from last week).

Lumen will allow developers to utilize full dynamic, real-time lighting more efficiently throughout a game. Currently, developers often have to bake “false” dynamic lighting into their games, meaning those rays, shadows, and cascading god-rays are static art-assets that can’t actually be grabbed and moved around. True dynamic lighting means instead of having to tailor craft lighting within segments of a game to enhance performance, Lumen will allow developers and artists an opportunity to illuminate their games without having to stress over performance with more ease. The engine will react to moving light sources and changes to geometry; no trade-offs will need to be made.

Nanite, at the most basic, basic level is the system driving the textures. That’s remarkably reductive, so allow me to elaborate a little. Nanite will allow developers use of truly virtualized geometry – we are talking FILM quality assets within engine without wasting time to optimize. No baking in various Levels-0f-Detail (think texture pop-in and improvement as you approach an object), meaning games can utilize 8K resolution textures at all distances and even in incredibly dense scenes. One statue in the demo had 8 million “triangles” (what make up a pixel), and there were over 300 of these statues in a single scene.

Throw in new and enhanced spatial audio, the Niagara Particle Effect System (particles that can “talk” and interact with each other), more fluid animations, and the Chaos Physics system, Unreal Engine 5 looks like yet another powerful iteration of the long-running engine. Epic confirmed the engine will make it’s full debut in 2021, and in a post-reveal interview Tim Sweeney confirmed the company will work with developers who wish to move over from Unreal Engine 4 to 5. Additionally, the full Epic Online Services SDK with Epic’s multiplayer systems is available now to all developers for free (including Epic’s Crossplay architecture).

Safe to say the next-gen hype-train has left the station. Still, time will tell how accurate these claims actually are. Epic has always put out impressive tech-demos, but it’s on developers to show us how efficient and effective the new Unreal Engine 5 toolkit is. You can check out the nearly ten minute long tech-demo below, with all the high-level tech jargon!