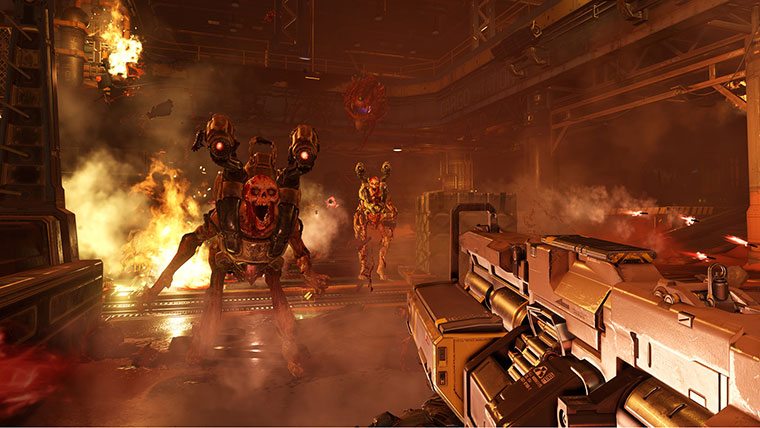 DOOM has just gotten a new free update that adds Deathmatch and Private Matches to the game’s multiplayer, adding new ways to play the popular shooter. Deathmatch gets rid of the team-based gameplay featured in the previous modes for free-for-all, whereas Private Matches finally allow you to create custom matches with people you actually want to play with.

This isn’t the only news for DOOM, either, as there is also another update coming later this Fall that will be adding another mode for free. The mode in question is called Arcade Mode, which has to do with the game’s single-player campaign that we haven’t gotten any concrete information on yet.

The game also got paid multiplayer DLC earlier this year called Unto the Evil, which added three new multiplayer maps along with new weapons, equipment and more. You can check out the full details on that by clicking right here.

You can check out the new stuff that comes with DOOM’s third free update via the video below. DOOM is available now for PlayStation 4, Xbox One and PC.