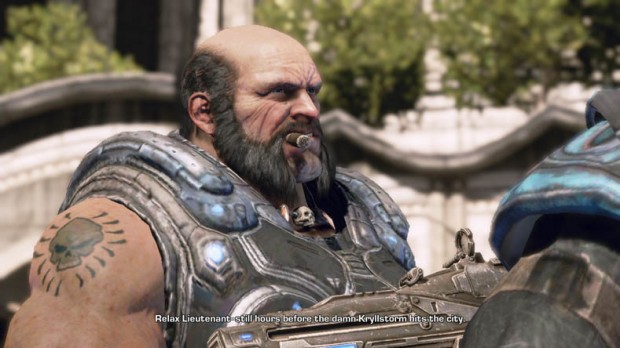 Gears of War 3 will get its first story DLC in the coming weeks, and it features characters from the Gears of War universe that might not be familiar to all.  Alongside the character selection screenshots that were found yesterday, new images have been found that show off some colorful gameplay, featuring Barrick’s glistening dome.

RAAM’s Shadow is scheduled to release for the Xbox 360 on December 13th for 1200 Microsoft Points.  The single player expansion is said to be approximately three hours long, feature six new multiplayer characters, as well as new achievements to earn.

Of course, the Gears of War 3 Season Pass is also available which will net you this, and all other content at a discount.