Gears of War 4 is Testing Crossplay Versus Multiplayer This Weekend 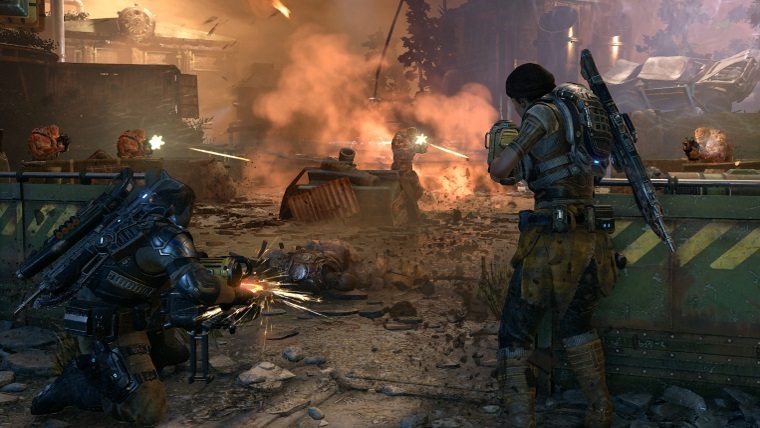 According to a post on the Gears of War forums, “the test is being conducted to evaluate the potential of a more permanent Crossplay solution in the future to allow Windows 10 and Xbox One gamers to play together in Versus outside of Private matches.”

To participate, interested parties will need to partcipate in a specific playlist.  Details of which you can find below:

Hopefully these tests go well.  The versus community for Gears of War 4 on PC has fallen off drastically since launch, and even finding a game can be challenging.  Opening Crossplay up for PC players could be great for them but it does have some caveats.

Unfortunately, the Gears of War 4 PC community already has it’s share of cheaters and obviously Xbox Live players won’t want to be playing against these sorts.

Just look at this video of a Gears of War 4 cheater on PC, and you can see what I’m talking about.

Hopefully it works out, we’ll have to wait and see what the results are after the weekend.  Do you want to see PC x Xbox One Crossplay in Versus for Gears of War 4?  Let us know in the comments below.