Gears of War 4’s Horde 3.0 is a Brand New Spin on the Classic Co-op Mode

The latest news in the world of video games at Attack of the Fanboy
September 1st, 2016 by Kyle Hanson 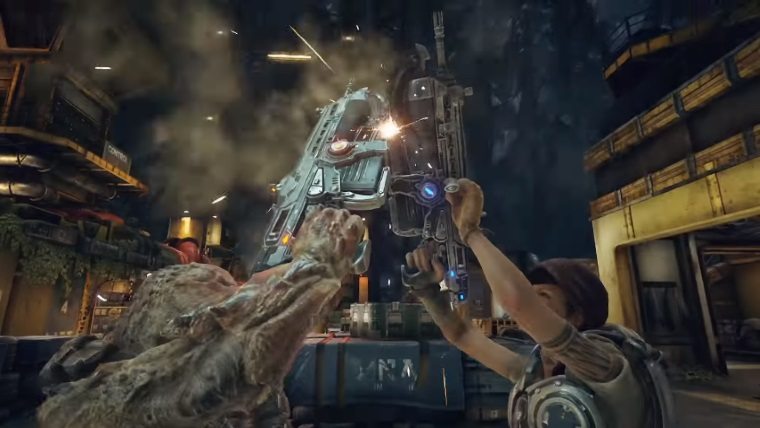 Gears of War 4 is already shaping up to be one of the more unique entries in the long running franchise. With a single player campaign that takes place well into the future of the original series, with an entirely new cast of characters, it’s no surprise that the changes didn’t stop there. Horde mode is returning and it’s looking bigger and possibly better than ever, with new features that will reshape the legendary co-op mode.

Dubbed Horde 3.0, Gears of War 4 brings a fresh mix of new features to its five player co-op experience. These include new character classes and abilities, such as the scout that can spot enemies through walls, the classic sniper, and the tower defense styled Engineer. You can see a lot of this in action in the video below.

So far Gears of War 4 has already had a beta where select players could try the game out for themselves. However, it was a pretty early build and there were some things that the developer is surely working on thanks to the feedback they received. I’ll be going hands-on with Gears of War 4 and Horde 3.0 at PAX West this weekend, so watch for my impressions right here.