Earn a bunch of Primogems, Fates, and even a free 4-star of your choice. miHoYo finally revealed Genshin Impact Version 1.3 in a live-stream broadcast earlier today, and while it may not feature a new zone like Version 1.2, the new event tied to it may easily be Genshin’s most rewarding yet. Travelers won’t have to wait long for the update, though those hoping for a certain quirky Pyro polearm-wielder will have to wait just a wee bit longer.

Version 1.3 may not include a new area to explore like Version 1.3, but it’ll still be a substantial update to Genshin Impact. First and foremost, Xiao will make his debut as the featured banner (“Invitation to Mundane Life”) when Version 1.3 drops February 3rd. The Anemo and polearm-wielding adeptus will have his own story quest as well, which will be available to those at Adventure Rank 23 during the Lantern Rite event. Afterwards, Travelers will need to be Adventure Rank 32 and it’ll cost them a Story Quest key.

The Lantern Rite event is the main event coming in Version 1.3, and it will be a recurring annual event. It’s pretty much the Lunar New Year celebration in Genshin Impact, and miHoYo has not skimped on the prizes. There will be a tower-defense minigame, and various activities to complete. It will be well worth Travelers’ time to see these through, because not only are there 1600 Primogems up for grabs (that’s a full ten-pull), but 10 Intertwined Fate (so, another ten-pull for the featured banner). Oh, and we get to choose a free 4-star character from Liyue. That means we can grab a free Ningguang, Xinyan, Xiangling, Beidou, Chongyun, or Xingqiu (a C1 Ningguang is a solid choice if you already have her). 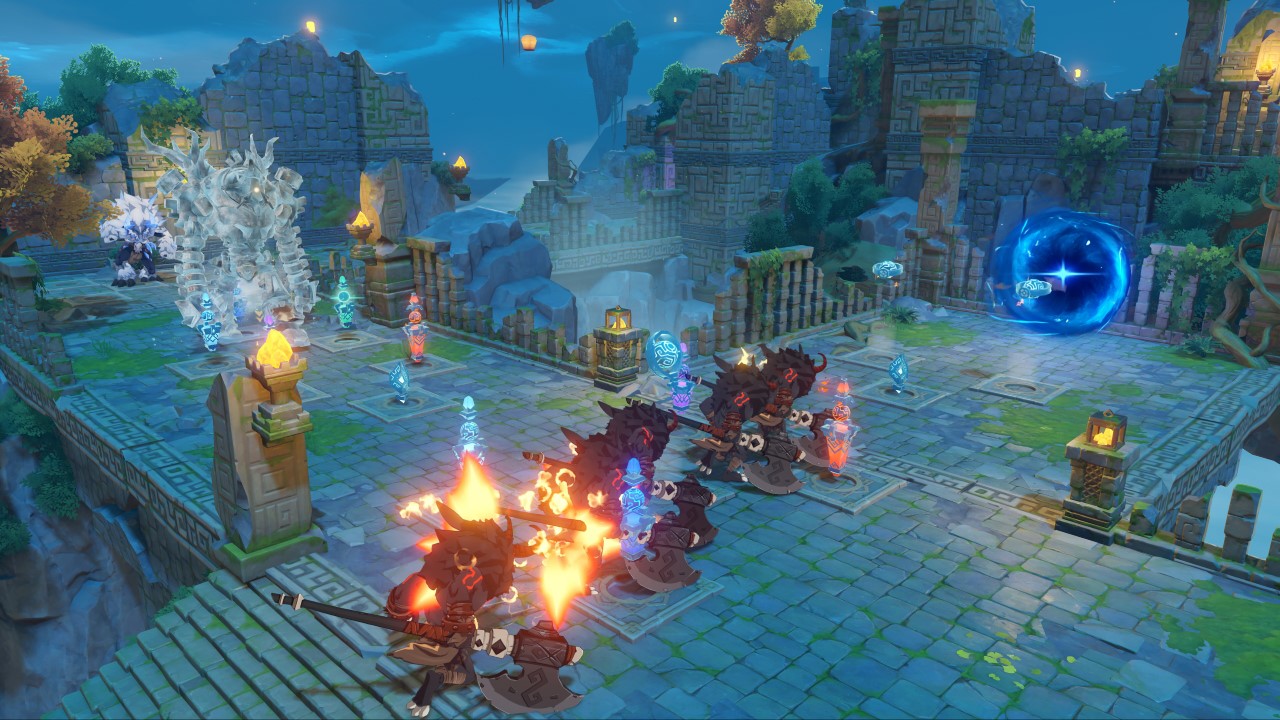 There will be a photography event (“Five Flushes of Fortune”), an event involving the new Geovishap World Bosses (that can change their element), and a Ley Line Overflow event that’ll double the rewards granted from the first four Ley Lines Travelers complete each day the event is live. Throw in some extra customization features (we can have up to 8 characters on our profile cards, and our friends can inspect them to see our builds), and the Parametric Transformer that’ll allow us to convert materials into more useful objects (finally, a use for all my mint), and it’s already looking like Version 1.3 will be well worth our time.

Interestingly enough, the long-rumored Hu Tao – initially assumed to be the second featured banner in Genshin Impact Version 1.3 – will not make her debut until perhaps Version 1.4. Instead, Electro sword-wielder Keqing will be the second banner (“Dance of Lanterns”), which drops on February 17th. That’s a two week window between banners rather than the usual three, so it will be interesting to see if a third featured banner is squeezed into Genshin Impact during Version 1.3. (*Update* I erroneously claimed Keqing uses a bow; the Ganyu banner is slowly breaking me).

You can check out the full Version 1.3 Special Program below or on the official Genshin Impact YouTube channel, and be sure to stay locked in here for additional coverage and event guides once Genshin Impact Version 1.3 is live. As a predominately free-to-play Traveler, I’m certainly not going to skip out on that many free pulls. Archons’ know I have more time to save for Hu Tao at this rate.