Fire isn't just for cooking, not for this wonder-chef. 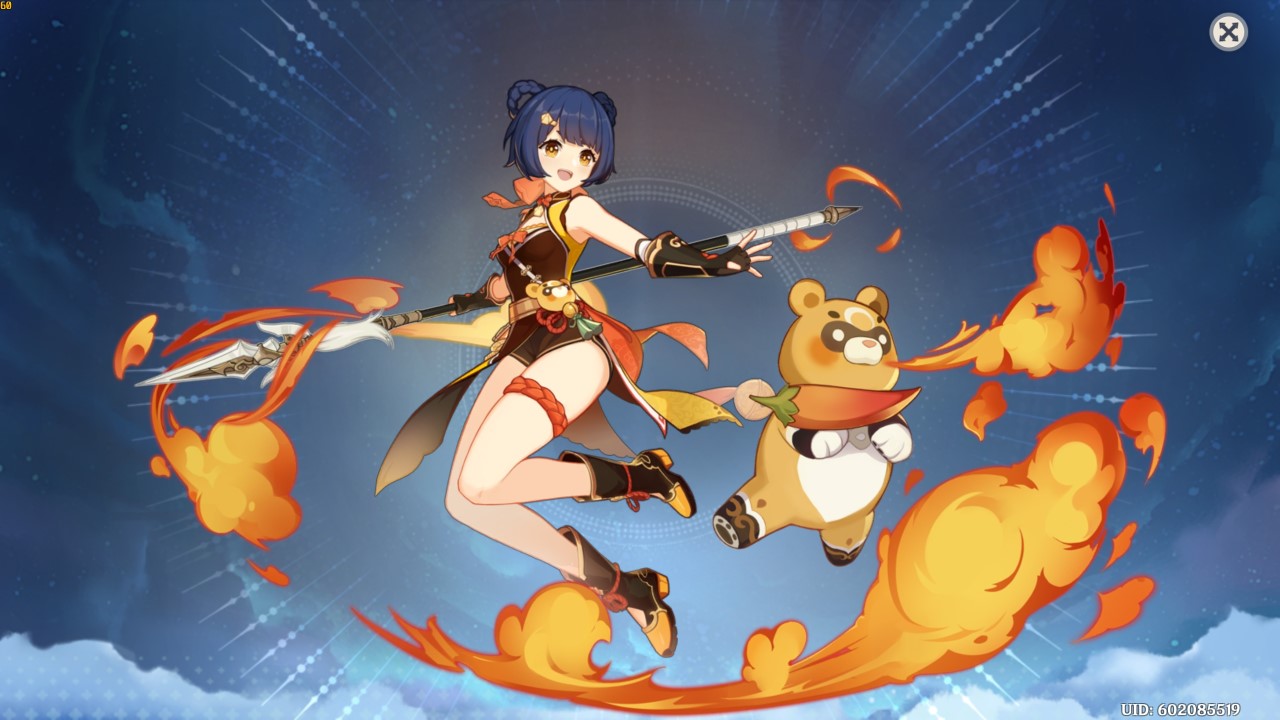 Xiangling is the spiciest chef in all of Liyue, and Genshin Impact players likely have her in their roster. This Pyro and spear-wielding character was given away as part of an early event, and has been a common pull from the standard banner for some time now. Xiangling’s kit isn’t the deepest, and Guoba has a mind all its own, but this hotshot is anything but useless. She currently has a rate-up in the Ganyu banner, so those looking to boost her power will want to make a few pulls during it.

Below are listed Xiangling’s full set of attacks and abilities, her passive talents, constellations, and finally all of her ascension and talent material requirements. Build recommendations, to include both suggested weapons and artifact sets, are in the center of this guide following Xiangling’s constellations. If you’d like to see a full list of stats – such as damage numbers, percentages, etc. – check out Honey Hunter World, which was used as a source for this guide.

Xiangling excels as a support character in Genshin Impact, though she can be kitted out as a DPS if you so choose. There are better damage dealers in the game, but having perfect meta builds doesn’t really come into play until you start pushing the Spiral Abyss. There are three recommended artifact sets, and two 5-star weapons that require pulls to acquire, so it helps to figure out what you want to do with Xiangling before you start grinding out gear. As for stats, you’ll want Attack percent, crit-rate, and crit-hit.

Support-oriented Xiangling players in Genshin Impact will want to pickup the Crescent Pike as her weapon, which is a solid 4-star polearm craftable at the blacksmith. If you don’t mind dropping cash on pulls in Genshin Impact you should keep an eye out for the Skyward Spine from the weapon banner. It doesn’t have a rate-up currently, so I’d advise waiting until it does. DPS Xiangling’s will do fine with the Crescent Pike at their side as well, though the 5-star Primordial Jade Winged-Spear is better. It too requires pulls to acquire, so stick with the Crescent Pike if you are not keen on spending money for a weapon.

There are three solid artifacts for Xiangling – two for support and one for DPS. Support Xiangling’s looking to boost Pyro damage and all it’s elemental combos will do well with Crimson Witch of Flames artifact set. If your looking for simpler support then the Noblesse Oblige will make it so her Elemental Burst boosts the whole team’s attack damage for a short time. DPS Xiangling’s will want to farm the Gladiator’s Finale, which provides a flat boost to her overall damage and her Normal Attack.