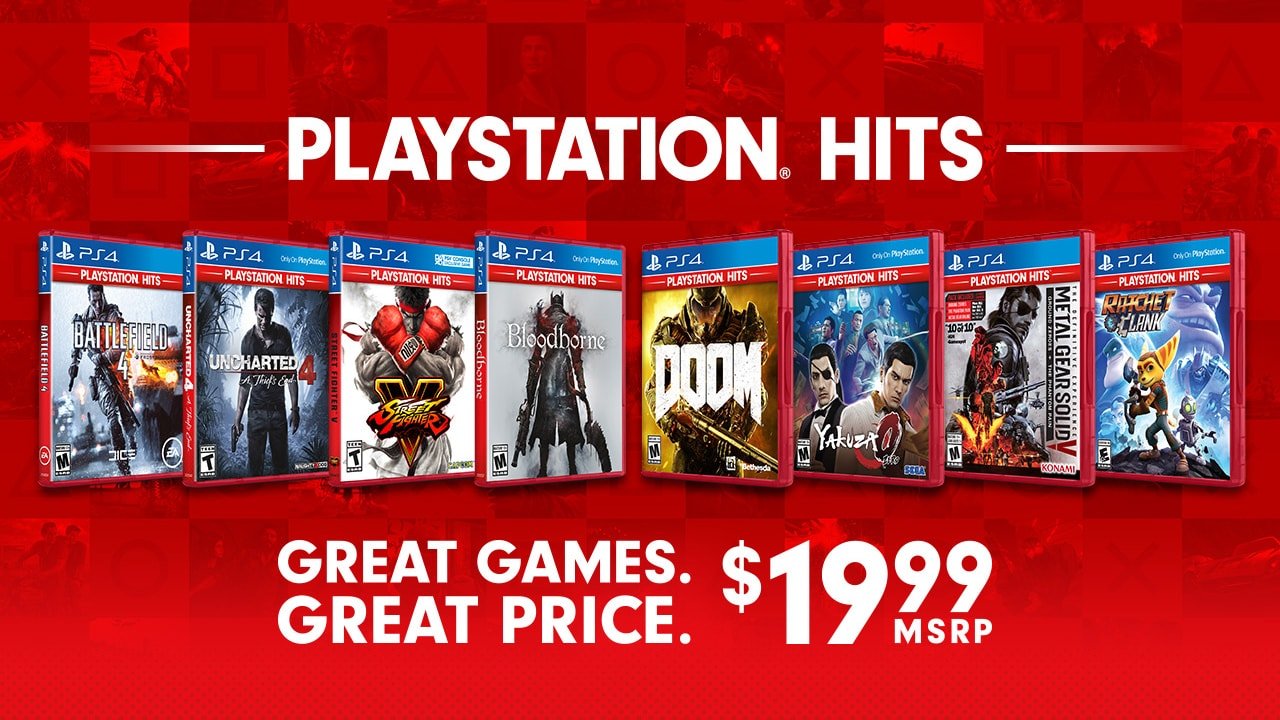 In the near-five years it has been on the market, the PlayStation 4 has played host to a bevy of top-notch titles spanning an assortment of genres; and now, Sony is paying homage to them with PlayStation hits, allowing players to get a hold of each one at a mere $19.99 apiece.

Starting June 28, players will be able to head to “select retailers across the U.S.” and at “participating retailers” in Canada and find PS4 exclusives such as Naughty Dog’s Uncharted 4: A Thief’s End (2016) and Sega’s Yakuza 0 (2017) or multi-platform titles like Bethesda’s DOOM (2016), at a reduced cost. And needless to say, a similar price drop will also be applied to these titles on the PlayStation Store as well.

For now, the PlayStation Hits will comprise of 15 games, but Sony has promised that more will be added to the lineup in the future.

Here is what you can expect to see starting June 28: