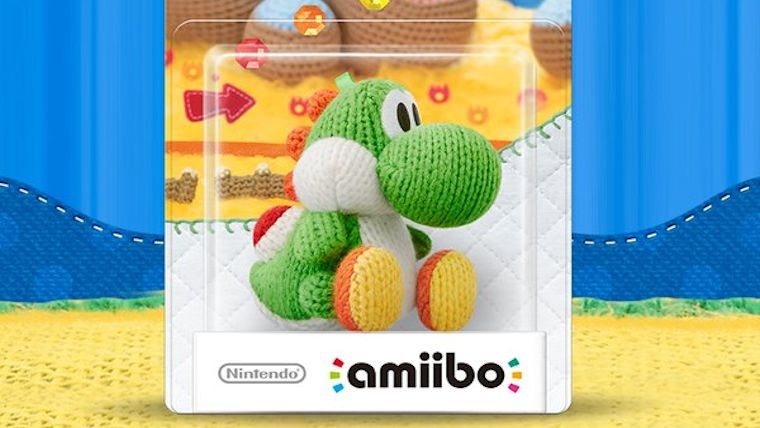 November is setting up to be a big month for amiibo collectors with not only the completion of the non-DLC line of Super Smash Bros. amiibo, but also the start of the Animal Crossing line. On top of the Mega Yarn Yoshi, November is quite stacked, but now it has been revealed that a previously bundle exclusive amiibo will be sold standalone starting next month as well.

Earlier this month saw the release of the three Yarn Yoshi, with the Green one exclusive to the Yoshi’s Woolly World Bundle, while the Pink and Blue Yarn Yoshi were sold individually for $16.99.

There was little doubt that the Green Yoshi, the most iconic of them all, would be coming out by itself in the future at some point, so Nintendo officially confirmed that to be the case through their Twitter account.

The Green Yarn Yoshi amiibo will be available outside of the Yoshi’s Woolly World bundle starting on November 13. This comes on a rather busy amiibo day, as we are getting Mewtwo from the Super Smash Bros. line, along with all but one of the Wave 1 Animal Crossing amiibo.

With the Green Yarn Yoshi breaking away from its exclusive bundle, one has to wonder how much longer the Modern Colors 8-Bit Mario amiibo will be a bundle exclusive to the Mario Mario Wii U console bundle at Walmart. Hopefully that will be available elsewhere sooner rather than later.