The latest news in the world of video games at Attack of the Fanboy
October 20th, 2014 by Danny Vittore 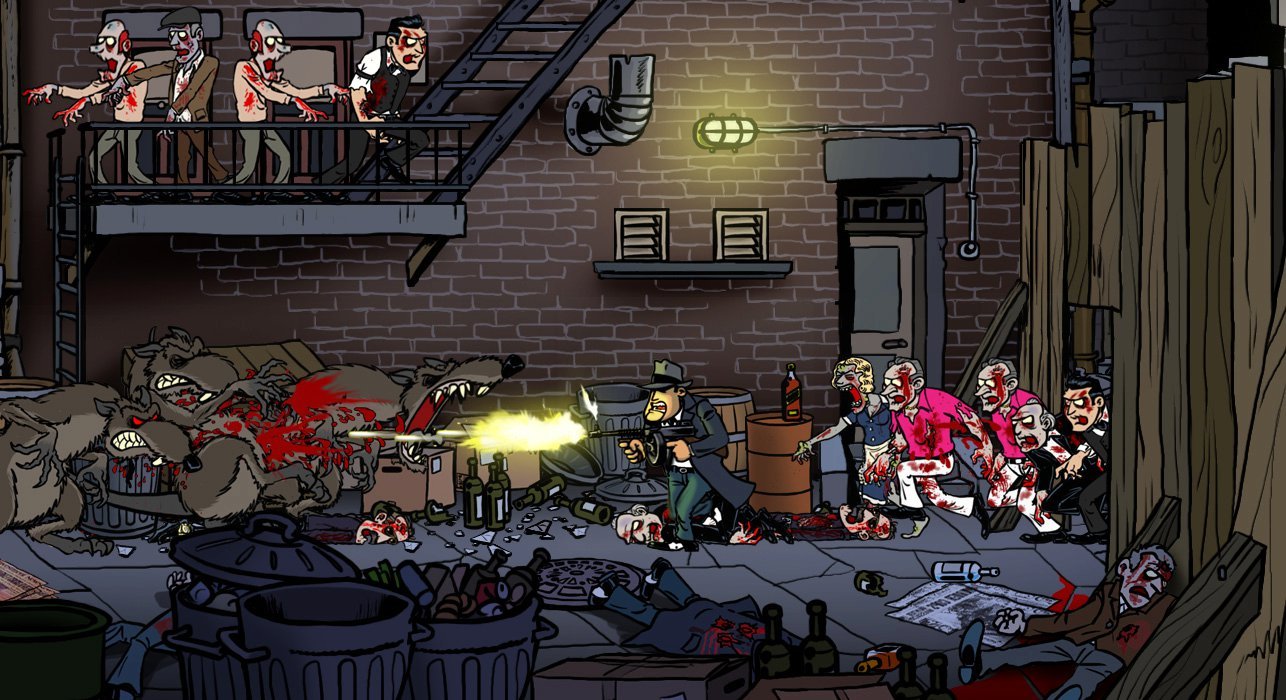 We don’t feature all that many indie games here on Attack of the Fanboy, but ever so often, a game just so weird and bizarre just pokes its head around the corner that we can’t do anything but cover it. Guns, Gore & Cannoli is what you get when a game designer wonders what would happen if someone mashed, 1930s gangsters, zombies, cartoon violence, side-scrolling shooting and Italian dessert pastries all into one game. It’s just crazy enough to work.

If the trailer really is gameplay footage, the game certainly looks like you are playing in a cartoon with the clean hand-drawn graphics. You’ll be blasting through zombies, government officials, rival gangsters and giant rats with different weapons such as the gangster favorite Thompson sub-machine gun, a shotgun, a flamethrower or even a lightning gun (because cartoons, that’s why!).

In the game, you will play as Vinnie Cannoli, hence the ‘Cannoli’ part of the game. You are promised, by the makers Crazy Monkey Games, an “epic gangster story” full of sneaky mafia stuff and government conspiracy. Vinnie will be looking for a buddy of his who disappeared in Thugtown shortly after the zombie outbreak. It looks over-the-top and a whole bag of potential fun. It’d probably be worth your time to keep an eye on this game if you’re into this kind of Contra/Metal Slug stuff.

Guns, Gore & Cannoli will be releasing some time in early 2015 for PC, Mac, Xbox One, WiiU and PS4. However if you can’t wait to try it out, you can download their demo for some early access fun!

Are you looking forward to some Guns, Gore & Cannoli? Let us know in the comments below!