Halo: The Master Chief Collection Matchmaking Updates Help Some But Cause Other Problems, More Incoming

The latest news in the world of video games at Attack of the Fanboy
November 13th, 2014 by Kyle Hanson 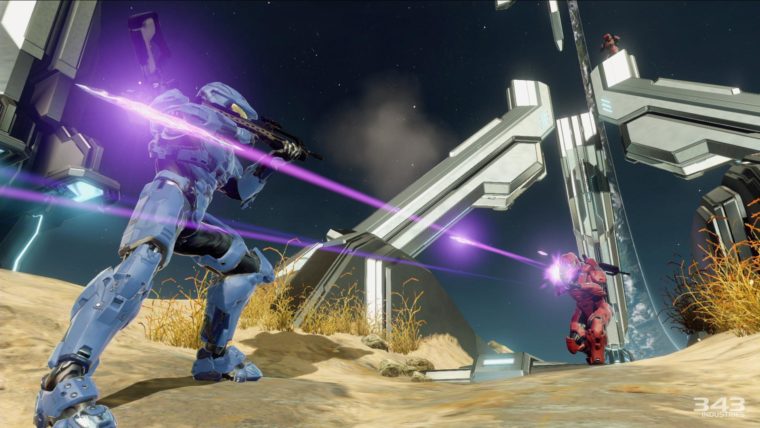 The saga of Halo: The Master Chief Collection’s online matchmaking continues as 343 Industries has issued the first big update that seeks to fix the problems faced by almost every player. In case you haven’t been following along, shortly after launch players of the new game found that online matchmaking was essentially broken, causing long or infinite wait times while the game tried to find other players. Developer 343 Industries has been working on the problems and is issuing server-side updates that are supposed to be fixing the problems. After a delay due to network-wide problems on Xbox Live last night, the first major update has hit and players are reporting in with the results.

We have identified that our 11.12 morning server-side update has improved matchmaking times for many users, while others are still seeing longer than expected times.

Overall it seems like the update helped many people, but certainly not most of them. Conflicting reports are showing up in online communities, with some players able to find matches relatively quickly, while others still face the same indefinite wait times. If you are in the latter group, one tip is to totally shut off and restart your Xbox One. This can be done by holding the power button on the console itself until the system shuts off. 343 has weighed in on the results and promises further updates will hit later today. However, they also note that the current update might cause other problems.

“This evening we plan to deploy additional server updates that will improve searching times and increase the likelihood of players finding games. The update will allow more players to enter matches, which may result in larger team sizes (5v5 instead of 4v4, for example). Occasionally, this may result in uneven teams, and we continue to work on this issue. ” These new problems have been verified by other players, who report some matches that were supposed to be eight players actually featuring 5v4 or other combinations.

343 also point out that the wide ranging Xbox Live issues are hindering their efforts, with many games other than Halo: The Master Chief Collection also impacted. “Currently, there is an existing Xbox Live Services issue that is impacting several Xbox games, including Halo: The Master Chief Collection. As soon as Xbox Live services return to normal, we will deploy our latest server-side update to further improve matchmaking. For up-to-the-minute updates on Xbox Live Service Status, please check the support page here.” This update was issued at 7pm last night Pacific time, so the Xbox Live issue may have already been resolved as the support page indicates no current problems.

Have you had a chance to test out matchmaking since the update hit? Let us know how it is working for you in the comments below. And, while you wait for the game to become fully operational, feel free to check out our review of how the game plays when it is up and running.