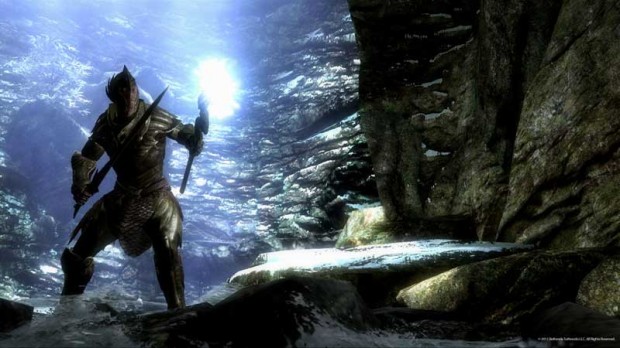 It was proven today that The Elder Scrolls V: Skyrim can be beaten in two hours.  While it might take you considerably longer, and when we say might, we mean with utmost certainty.  We say that because this feat was accomplished by a Bethesda QA tester who pretty much does this sort of thing professionally.

Sam Bernstein of Bethesda completed the game’s main quest line in two hours and sixteen minutes.  Bethesda says that no cheats were allowed, but they didn’t say anything about voodoo magic, which I’m thouroughly convinced was used in achieving this sort of break neck pace.

Then again, Bernstein had competition and he only beat that other person by twenty seconds.  Unfortunately for us mortals, we’ll likely be sinking in copious amounts of time and abandoning obligations when The Elder Scrolls V: Skyrim launches later next month.