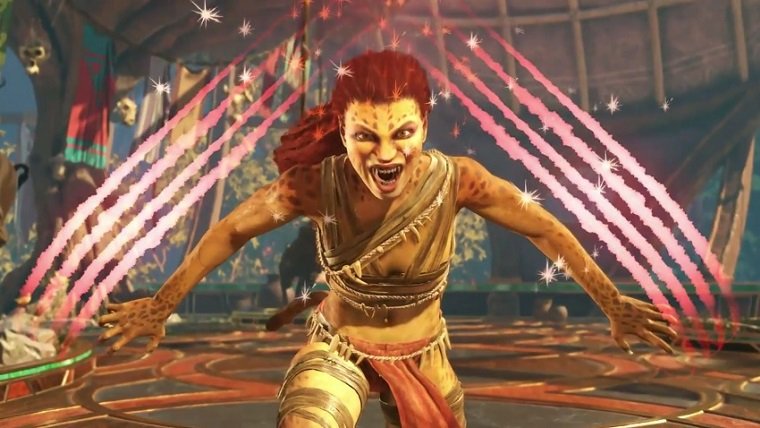 Warner Bros. Interactive Entertainment and NetherRealm Studios have released a new trailer for Injustice 2, and this one focuses entirely on a new character. The new character in question is Cheetah, who had been confirmed as being playable in the game last month along with the likes of Catwoman and Poison Ivy. You can check out Cheetah’s trailer at the bottom of this post.

As you might expect, the trailer is packed with over a minute of gameplay featuring Cheetah kicking the ever-loving crap out of her opponents. We get to see many of her regular attacks, environment attacks and more, and it’s definitely looking good so far. Wonder Woman definitely gets the worst of the attacks from Cheetah in the video, ending it all with a super move that slices her up and then breaks plenty of bones.

The following is an overview of Cheetah provided by NetherRealm Studios:

“When archaeologist Barbara Ann Minerva betrayed Wonder Woman to claim the powers of a god, she was unaware that she would be cursed to live a life transformed as the Cheetah. She now uses her primal powers to take revenge against Wonder Woman, drawing her out of hiding in hopes of bringing about her doom.”

Last week we learned that the game would be getting Microtransactions in the form of Source Crystals, which are used to purchase things like cosmetic items for the game’s characters. These crystals will be the only way to unlock certain skins for characters, though some will be able to be acquired through traditional gameplay. They can also be used to make getting a character to level 20 easier.

It won’t be much longer until the game finally launches, as Injustice 2 will launch for PlayStation 4 and Xbox One on May 16th. Check out the new Cheetah trailer below.