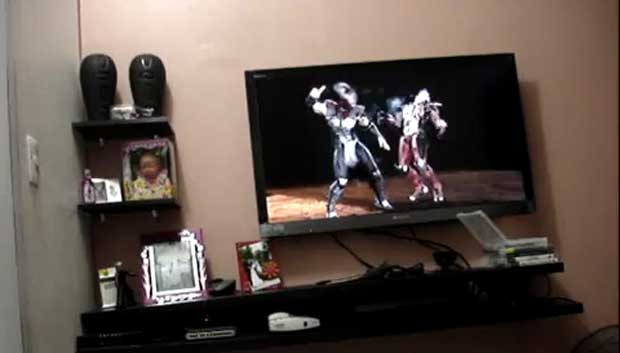 One lucky gentleman has scored himself an early copy of Mortal Kombat 9.  He has also fulfilled his obligatory leak video which shows much of the intro to the game and some gameplay of him using Smoke.  The video is a bit far away for my tastes and it’s off-screen footage, but hey at least the guy gets a fatality in the video.

Those not fortunate enough to be well connected with the Brazilian Mafia who are get games notoriously early, will have to wait until the 19th when Moral Kombat releases for the Xbox 360 and PlayStation 3.

Other videos have recently released for the upcoming fighter, including a brand new trailer for Shang Tsung, and off-screen shot of the Green Lantern, and a trailer of Johnny Cage doing what Johnny Cage does best: Punching people in the balls (or ovaries).