The latest news in the world of video games at Attack of the Fanboy
January 9th, 2015 by Kyle Hanson 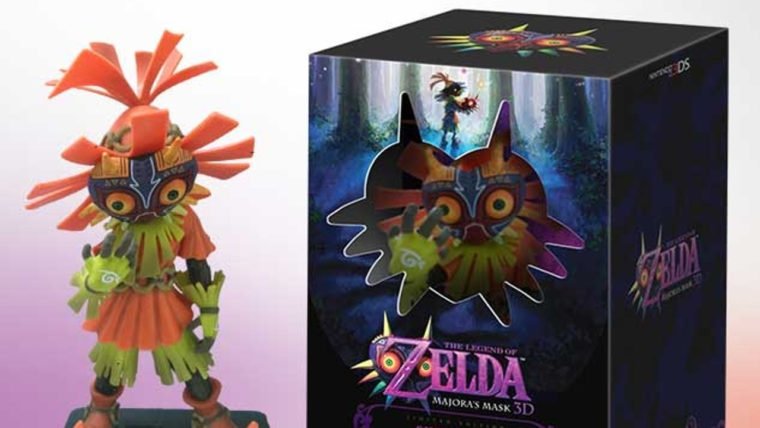 Buying one of the newly announced limited edition versions of The Legend of Zelda: Majora’s Mask 3D has been a game unto itself. The game has popped up on a few US-based sites, causing swift action from gamers that resulted in sold out stock within just a few minutes. Canada has, so far, only had a copy available on Amazon, but today looks like the wide release for pre-orders with Best Buy, Fry’s and EB Games posting the game for the first time. Unfortunately the same stock issues are happening for Canadian customers, with EB Games reportedly selling out of their initial run in about ten minutes.

This isn’t the end though, as we saw with the US release which had various stores sell out before having the game available once more a few hours later. One thing to watch for are cancellations, which will pop up in waves on the site before selling out quickly once again. And if EB Games follows the same trend as Gamestop it will likely offer a few copies of The Legend of Zelda: Majora’s Mask 3D Limited Edition bundled with the game’s strategy guide. These, admittedly more expensive versions, seemed easier to buy as they were available on the site slightly longer than the regular release.

All of this trouble is over the special Skull Kid figurine, which comes packaged with the regular game in this limited edition release. Scalpers seem to be snatching up as many copies as they can, with many retailers trying to stifle this behavior by limiting purchases to one at a time. With pre-orders popping up so sporadically it is tough to tell how supply will end up in the end. We’ll have to stay vigilant and see how it all turns out when The Legend of Zelda: Majora’s Mask 3D releases this year exclusively for Nintendo 2DS and 3DS.