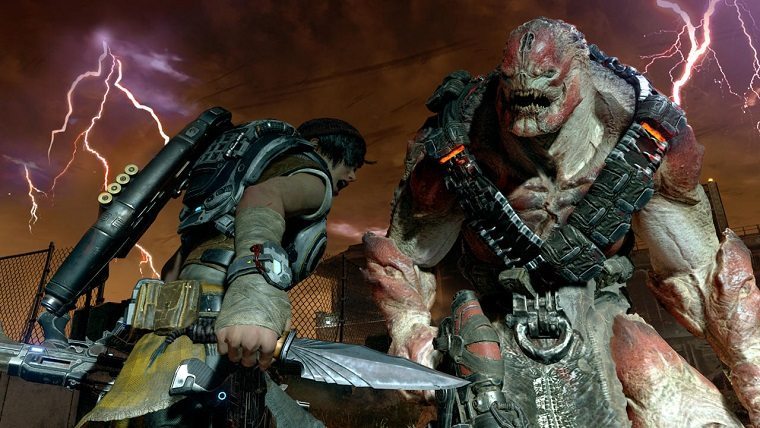 There are some sports leagues that often utilize their uniforms of some sort to advertise their sponsor, and Major League Soccer is one of those. Specifically, the Seattle Sounders did something pretty cool this weekend as they wore some special game related jerseys as part of their kit.

Initially revealed in a tweet on the Seattle Sounders’ Twitter account, the Sounders wore Gears of War 4 themed jerseys in their matchup this weekend against the LA Galaxy.

The Gears of War 4 jerseys aren’t the first time they’ve done this either, as they also had Halo 5: Guardians themed jerseys last year ahead of that game’s release, with Sounders FC owner Adrian Hanauer praising this relationship with Xbox.

“For the second-straight year, we’ve worked closely with Xbox to alter the primary partner mark on the front of our jerseys and create a fun, engaging initiative. We always enjoy collaborating with Xbox to find the best ways to integrate our brands together, and we’re excited to have another limited edition jersey to commemorate this campaign for fans of Sounders FC and Gears of War.”

The Sounders are also holding a special event at their last home game on October 23 where they can play Gears of War 4 with others, and even get their jerseys embellished with the Gears of War 4 mark like on here. This is actually after the release of Gears of War 4, but it’s still a neat even for those that are in the Seattle area.

For more details on that event, you can check out the official Sounders website, and look for Gears of War 4 to release for Xbox One and Windows 10 PC on October 11.