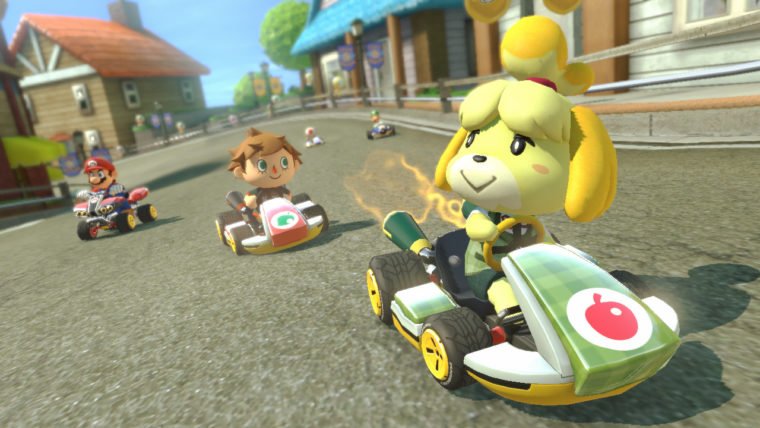 The track names seem to hint at two returning classic tracks: Baby Park and Neo Bowser City from Gamecube and 3DS respectively. The other three tracks look like new ones, with one appearing to be the Animal Crossing themed track that we knew was coming. The final two  are “METRO” and “WOODS” which could be almost anything.

Baby Park is a fan-favorite as it features one of the smallest and most tightly packed tracks in the Mario Kart series. This allows for more item and weapon usage from players, creating a particularly hectic environment. Given the shorter distance of the track it usually features more laps than the standard three. The track was previously remade for Mario Kart DS, but hasn’t been seen since. This would be the first remake for Neo Bowser City since its appearance in Mario Kart 7.

Mario Kart 8 is available now exclusively for Wii U. DLC pack 2 will be released on April 23rd.