Players will also get new items and a whole new world to explore. 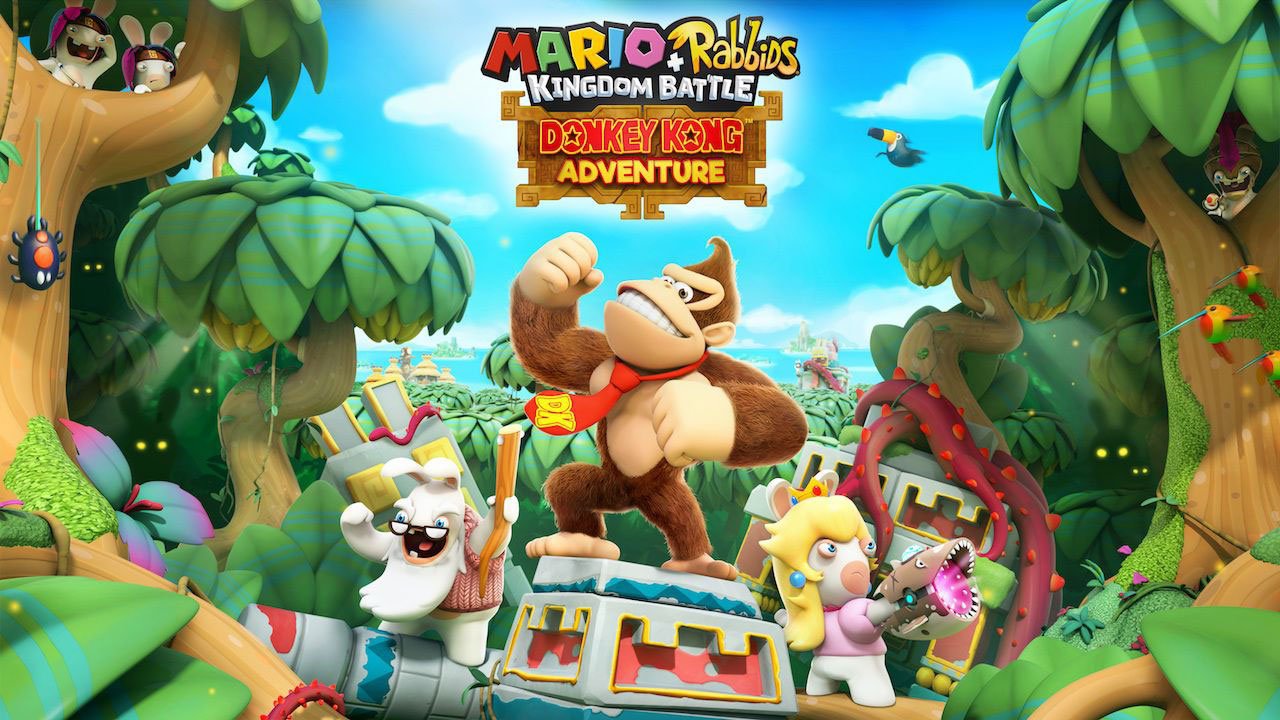 Earlier this year, it was announced that Donkey Kong will join Mario + Rabbids: Kingdom Battle as a playable character in an upcoming DLC pack. Not much more information about the upcoming DLC was given until today (May 22), when we learned a lot more about what this DLC will entail.

Earlier today, Ubisoft detailed this new DLC, which is now slated for release sometime this June. In addition to Donkey Kong, Rabbid Cranky (a Rabbid version of Cranky Kong) will join the roster. Donkey Kong will have the ability to grab nearby items, whether they be covers, enemies or allies, and throw them to different areas. DK can also pound the ground, attacking multiple enemies around him, and use his Bwananarang as a ranged attack. Rabbid Cranky, on the other hand, will have a crossbow that has various utilities, as well as the “Long Story” skill that puts enemies to sleep. Rabbid Peach rounds out the group of three as they traverse through an entirely new area with its own four zones: Lagoon, Reef, Jungle and one that has yet to be disclosed. New enemies and over sixty new items also make appearances in a new campaign that is estimated to last 10+ hours.

The Mario + Rabbids: Kingdom Battle “Donkey Kong Adventure” DLC will be free for season pass holders, as well as available to purchase as a stand-alone DLC. You can watch the new gameplay trailer below.