Mario to Tour the U.S. in Anticipation of Super Mario Odyssey 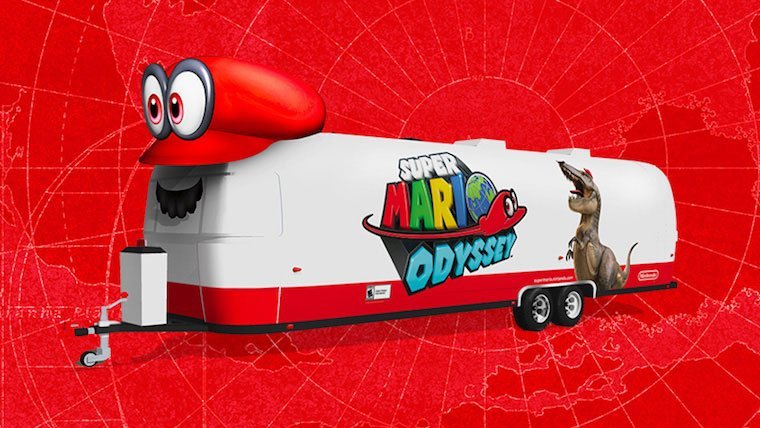 The highly anticipated Super Mario Odyssey comes out later this month and in anticipation of the new game, Mario is going to be visiting various locations in the United States in real life. Mario will be driving from location to location in a Super Mario Odyssey-themed trailer and fans will be able to meet him at his various stops around the country.

At each stop, fans will be able to meet and take a picture with the costumed Mario mascot, who will be wearing Cappy, Mario’s hat companion from the new game. Additionally, some fans will be able to play Super Mario Odyssey before its release. In addition to scheduled stops, Mario will take time in between set locations to visit other areas in the U.S. that remind him of various locations in the game. For example, he may stop to take a picture in a large city that reminds him of Metro Kingdom, or at a beach that reminds him of Seaside Kingdom. Pictures that Mario takes at these unscheduled stops will be viewable on Nintendo’s Twitter, Instagram and Tumblr.

In the official announcement, Nintendo of America president Reggie Fils-Aime states, “Mario’s interactive journey in the real world is a great way for fans to get excited for the game’s launch by getting hands-on time, as well as following Mario as he explores and discovers locations all across the country.” The full schedule for Mario’s cross-country adventure is listed below.

The first 200 people in line at the New York stop will get the chance to be the first to buy the new game at midnight. Super Mario Odyssey comes out on October 27 for Nintendo Switch.