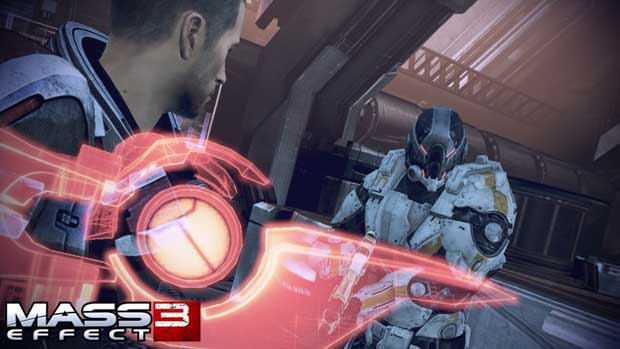 Considering the many ways that Bioware changed the Mass Effect franchise between the original and Mass Effect 2, it should come as no surprise that there will be some more changes to be had in Mass Effect 3.  Bioware has made no secrets of the changes that are coming to the game in a number of areas.  But one key area that seems to have been given a lot of extra love, is in the new combat mechanics.

From what we’ve seen so far, Shepard has been given some serious refinements to his arsenal of weapons to dispatch his enemies.  But what good is an upgraded arsenal if the AI is dumb as rocks?  Well, it’s not very good at all, so you’ll be glad to hear that Bioware has been tinkering with the AI for Mass Effect 3, and are confident that it’s the best yet.  Although Christina Norman recently left Bioware and the Mass Effect 3 team, she did have time for one more interview before her departure.

“With Mass Effect 2 we had this ‘let’s come up with cool enemies’ approach, and we made each enemy as an individual. Now we look at enemies as a force, with units within the force, and each of them has a role. You end up with this really cool chessboard thing, where you have a knight and a bishop, they’ll work together in one way but if you have a knight and a rook, they’ll work together in a different way. It’s giving our level designers and combat designers a lot more opportunities, not with heavy scripting, but just by combining these pieces that work together in new and interesting ways.” – Norman told Computer and Video Games.

Norman also addressed in the interview the Insanity difficulty level in the new game, and the changes that will be coming for you sadists out there.

If the past is any indication of what we’re to expect next year when the game releases, Mass Effect 3 should be the most refined experience yet.