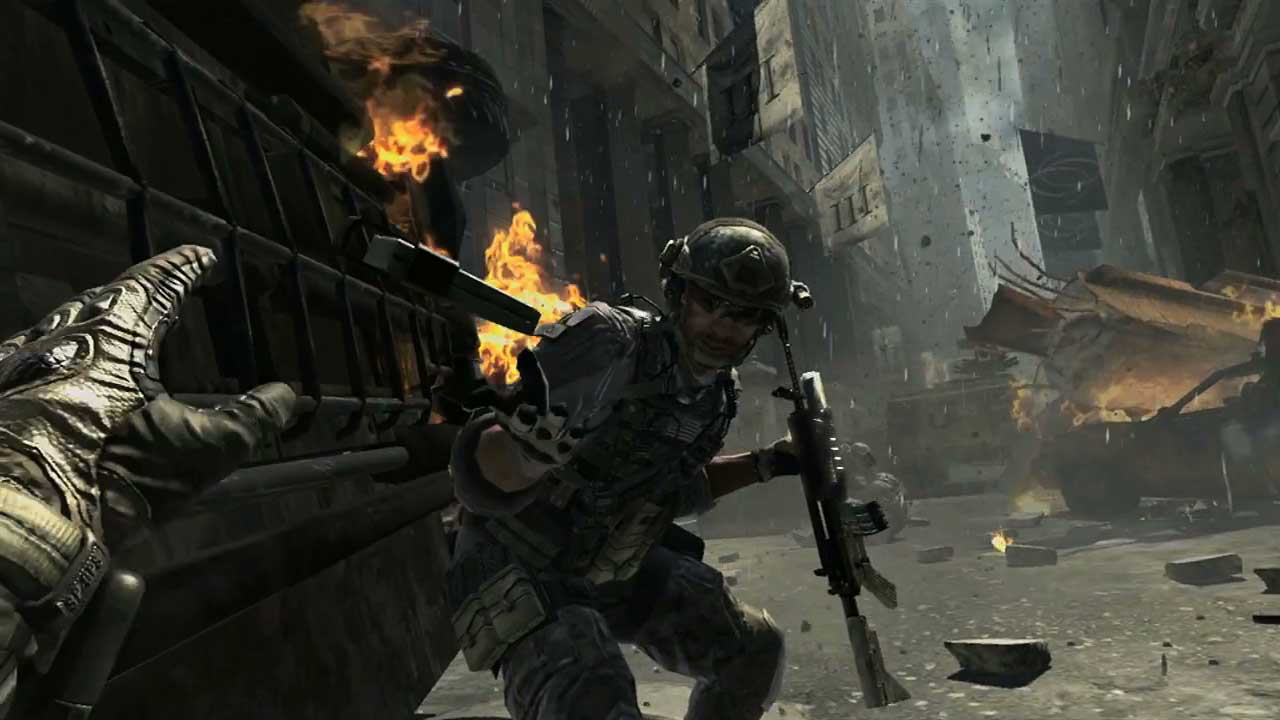 New details regarding Call of Duty: Modern Warfare 3’s multiplayer have been revealed coming out of a New York based event for the game.  Robert Bowling was on hand to disseminate information about the new features of Modern Warfare 3 and there are some interesting changes coming this November.

There’s a new design philosophy being employed for the Modern Warfare 3 multiplayer maps.  Robert Bowling explained at the event, that the new design philosophy will discourage the “camper mentality” that stemmed from previous game’s map design.  Bowling also revealed that there will be much less emphasis put on the air support aspects that have seen increased prevelance in the most recent Call of Duty games.

Bowling said in an interview at the event:

“Modern Warfare style is, for me, all about the high-speed, fast-paced—and I’m talking in terms of smooth controls and 60-frames-per-second framerate—infantry-focused combat,” said Bowling. “And it’s all focused on that gun-on-gun gameplay, especially in Modern Warfare 3.

“I feel like it’s something we nailed with Call of Duty 4. We moved away from it a little bit with MW2, relying heavily on air support, killstreaks, perks and stuff like that. Modern Warfare 3, very much [is] building up from that Call of Duty 4 mentality of gun-on-gun, fast-paced infantry gameplay.”

“For the hardcore guys who have been with us since the beginning, that speaks volumes: the map design, the return to focus on gun-on-gun, all that stuff. I like to always make sure the hardcore players know we’re building it up for them.”

Bowling didn’t reveal all about the multiplayer in Call of Duty: Modern Warfare 3.  The biggest reveals are still yet to come, with the official unveiling to take place in Los Angeles this September at the Call of Duty XP Event.  Though he did reveal that Party Chat would be given consideration for new modes.  In Modern Warfare 2 the feature was removed due to players using it to cheat.  In Modern Warfare 3, Bowling said in a seperate interview ‘that it’s all about having more control over how you play, looking at restrictions and doing away with stuff like party chat blocking.  It’s about giving options’

Expect more information about Call of Duty: Modern Warfare 3’s multiplayer features in the coming months leading up to the full reveal at the event in Los Angeles.  Modern Warfare 3 is set for an early November release for the Xbox 360, PS3, and PC.