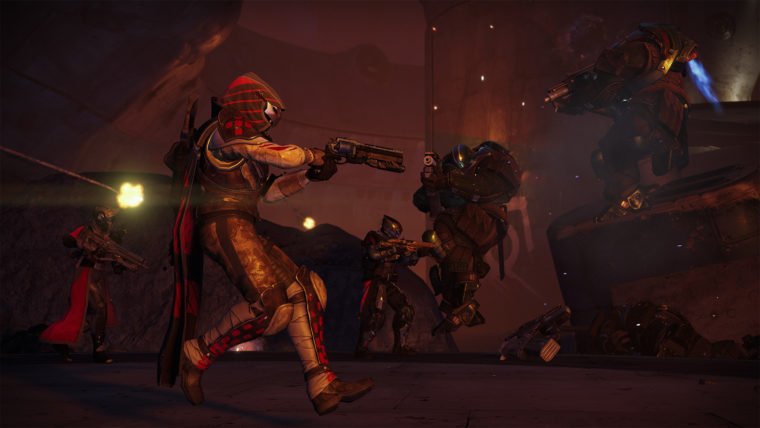 At the end of July, Bungie had begun banning Destiny players for “Network Manipulation.”  After The Trials of Osiris launched with the latest downloadable content for the game, some players resorted to cheating to earn the powerful gear rewarded for performing well in the game’s competitive Crucible component.

Well apparently Bungie isn’t done when it comes to dealing with cheaters in Destiny.  Bungie Community Manager DeeJ recently revealed that the Bungie Security Response Team is getting ready to hatch new plans.

“Just met with the Bungie Security Response Team for an hour.  Expect more information on Crucible Justice in the next weekly update,” reads a message from the Community Manager.

So just what does Bungie plan to do to curb cheating in Destiny as we inch closer to the release of The Taken King?  It’s unclear at this point, but many Destiny players have been calling for dedicated servers in Destiny.  Banning guilty parties certainly drains the pool of cheaters, but the core problem of lagging players would still remain.

Whatever they choose to do, it’ll need to be swift and meaningful.  For many hardcore Destiny players, these types of things ruin the multiplayer experience and The Taken King expansion probably doesn’t need to be marred by that.

It’s not all banhammers in the world of Destiny right now, however.  Bungie is also giving away free Etheric Light to players, who can then use this powerful item to upgrade weapons and gear to the maximum level.  Unfortunately, the light level used in Destiny’s first year is going to be stripped when the expansion launches.

Destiny: The Taken King is slated to arrive in mid-September.