The latest news in the world of video games at Attack of the Fanboy
May 22nd, 2015 by Emily Speight 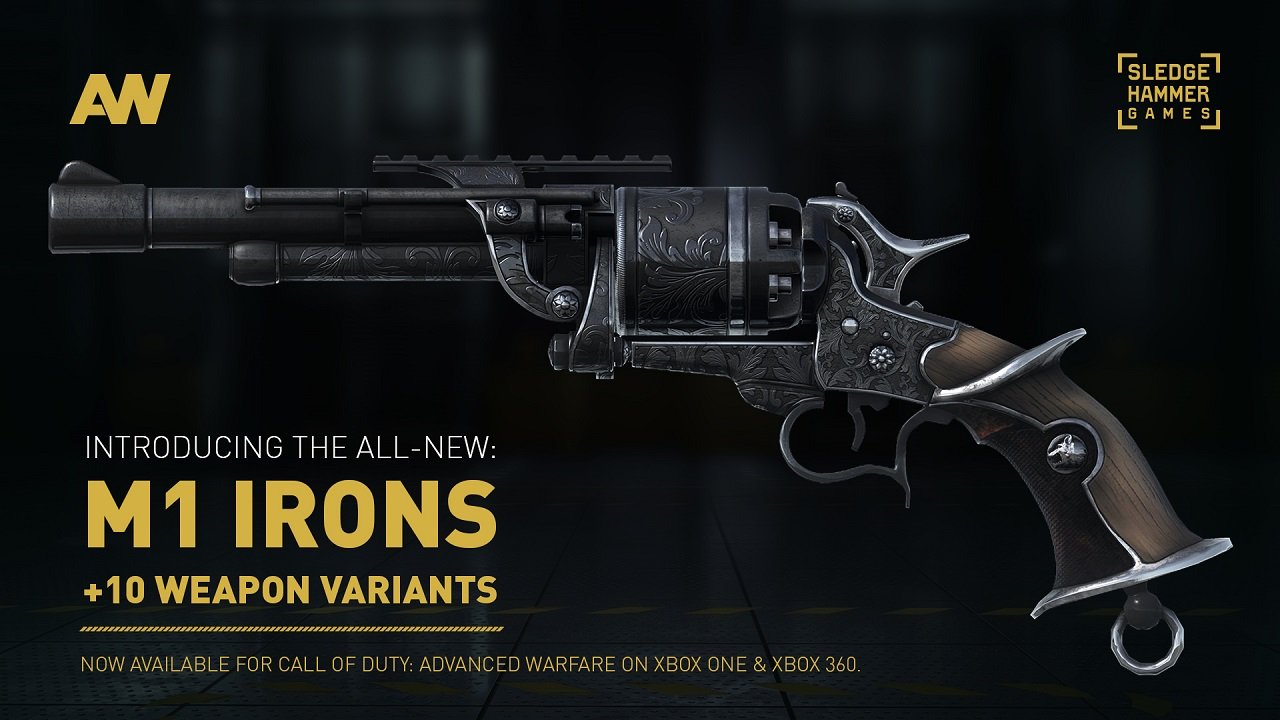 To match the recent unveiling of a new set of free weapon variants, Activision has released a new Call Of Duty: Advanced Warfare trailer. The trailer shows off the new M1 Irons — the lovingly detailed revolver seen above — as well as variants of several existing weapons. Check out the M1 Irons in action below.

A post to the official Call of Duty: Advanced Warfare blog expands on these weapons in a little more detail.

“First up are five non-akimbo variants of the SAC3. Each of these weapon variants feature a single SAC3 submachine gun for precision ADS targeting.

Also available are 10 Royalty Elite variants. Dressed in the same purple and gun-metal camouflage as the Grand Master Prestige armor, these weapons feature similar stats to the Elite versions of weapons you already love.

The variant royalty weapons — which look a lot like the sort of guns the Third Street Saints would carry — and non-akimbo SAC3 can be found in Supply Drops and Advanced Supply Drops. Currently, they’re only available on Xbox One, though Playstation 4 and PC releases are in the cards. The M1 Irons, however, will be available to Call of Duty: Advanced Warfare players immediately without any need to unlock it. Despite the text in the article image, hardware limitations unfortunately mean that this content will not be available on any previous generation consoles.