The latest news in the world of video games at Attack of the Fanboy
March 21st, 2018 by C.J. Keller 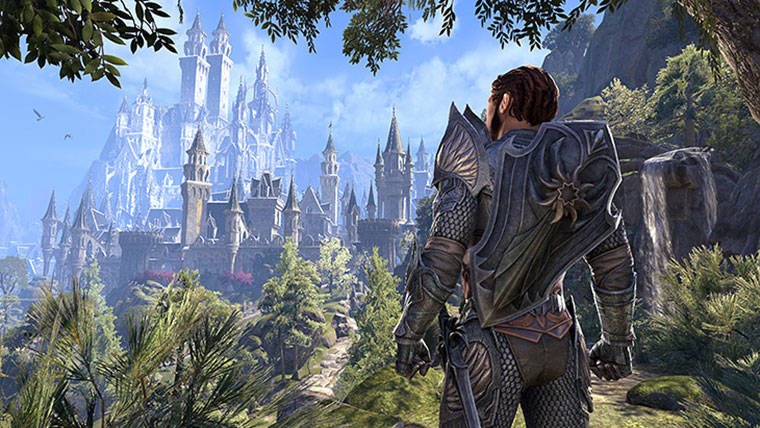 The next ESO expansion is dated for May 21st (PC/Mac), and will take players to a completely new zone.  In the Summerset Expansion for The Elder Scrolls Online, the MMO will introduce the ancestral home of the High Elves in a brand new storyline for the game.

From the early decriptions and teasers from Bethesda, Summerset’s storyline is going to focus on the High Elf society.  Players will meet up with the Psijic Order to unlock new skills and combat abilities.  Crafting will also be expanded in Summerset, with the addition of jewelry crafting.

ESO Summerset will arrive first on PC/Mac on May 21st.  The Elder Scrolls Online players on PlayStation 4 and Xbox One will have to wait until June 5th.  Accessing the Summerset content does not require that you have previous expansions, like the recently released Morrowind. However, if you do pre-purchase the Summerset expansion digitally, Bethesda is throwing in the Morrowind Expansion for free.

There’s going to be quite a few ways to purchase ESO: Summerset.  A standard edition, digital upgrade, collector’s edition, collector’s edition upgrade, and physical version of the game will be available at launch.  For those that pre-order any of these, they’ll get a “Queen’s Bounty Pack” which includes a new costume, pet, maps, crate, and scroll boost.

We’ve been passively following The Elder Scrolls Online over the last few years, and each time we return to the game we’ve found it to be incredibly robust.  Our last look at the game was for the Morrowind Expansion, where we gave praise to Bethesda for recreating one of the most iconic locations in Elder Scrolls lore.