The latest news in the world of video games at Attack of the Fanboy
January 26th, 2017 by Darrin Wright 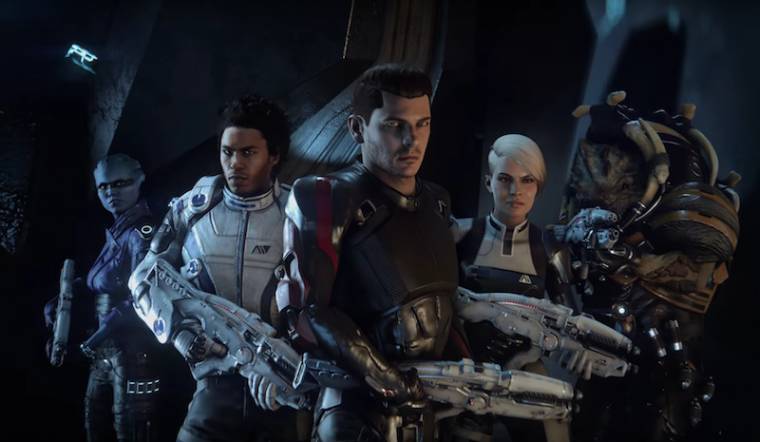 As we march closer to the impending release of Mass Effect: Andromeda, EA and Bioware have released more details on the upcoming sci-fi blockbuster in a pair of trailers.

The first one shows off a little more of the game’s story. You play as one of the Ryder siblings, who are part of a project to find humanity a new home. It takes place 600 years after the events of the original Mass Effect trilogy, in an entirely different galaxy, so you shouldn’t expect any of your familiar squadmates (or Commander Shepard) to make an appearance.

In this particular trailer you see Alec, the male sibling, and Lieutenant Cora Harper, who is clearly a romance option for at least Alec (or whatever you name the male sibling when you play as him). You also get a glimpse of the game’s villain, plus your squadmates, which include PeeBee the Asari, a Krogan, and a female Turian.

The second trailer provides some more backstory behind the Andromeda Initiative, and introduces us further to Harper, who explains that the Pathfinder team (your team) works a lot like Commander Shepard’s Spectre status does in the original trilogy: you can handle things as you see fit and the rules of galactic law don’t always apply.

Even though Mass Effect: Andromeda is less than two months away from its March 21st release, details are still light, so releases like this are welcomed by fans looking forward to the next entry in the Mass Effect series. Even so, those who own either an Xbox One or gaming PC can take advantage of an early demo of the game, as a ten-hour demo will be offered through either EA Access or Origin Access five days before release.

Mass Effect fans who only own a PS4 will have to wait until the release date.