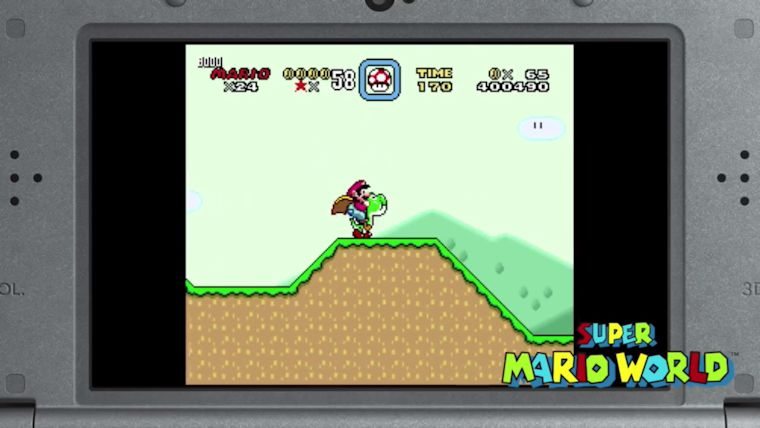 Following the announcement yesterday that a new Nintendo Direct was coming, one of the swirling rumors was that it was going to be revealed that SNES games would be coming to the Nintendo 3DS. That news was partially right, as it has been confirmed, but only for the New Nintendo 3DS.

Starting today, the New Nintendo 3DS will be getting SNES game added to the Virtual Console with the first batch arriving after the end of the Nintendo 3DS.

The fun will start with three original SNES launch titles, Super Mario World, F-Zero, and Pilotwings today, with exclusive content compared to the Wii U version. This new Perfect Pixel mode will have the games displayed in their original resolution.