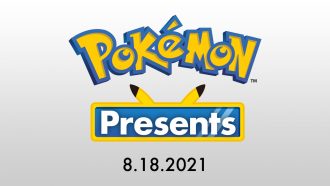 Today, Nintendo revealed on the official Twitter profile of the Pokémon Series, that a New Pokémon Presents stream will take place on
August 18, 2021.

But that’s not all, since they also confirmed that the online event will feature news on Pokémon Brilliant Diamond, Pokémon Shining Pearl,
and Pokémon Legends Arceus.

You can check out the post in which the event was announced below, courtesy of @pokemon on Twitter:

Pokémon Brilliant Diamond and Pokémon Shining Pearl are scheduled to be released on November 19, 2021, exclusively for the Nintendo Switch. The games will be remakes of the acclaimed Pokémon Diamond and Pokémon Pearl games, where players will return to a Sinnoh, now featuring updated graphics and more.

You can check out the game’s trailer below, courtesy of Pokémon’s official Youtube Channel:

Pokémon: Legends Arceus on the other hand, promises to revitalize the beloved franchise by mixing its classic playstyle with new exploration elements. In the game, which will take place on Sinnoh, years before the Diamond and Pearl games, players will be able to create the region’s first Pokédex as they explore the mysteries of both the region and that of the misterious Pokémon known as Arceus.

You can check out the announcement trailer for Pokémon: Legends Arceus below, featuring glimpses of its new features and elements, courtesy of Pokémon’s official Youtube Channel:

So, do you think Nintendo will reveal the release date of Pokémon: Legends Arceus in the upcoming Pokémon Presents stream?