The latest news in the world of video games at Attack of the Fanboy
February 8th, 2017 by Darrin Wright 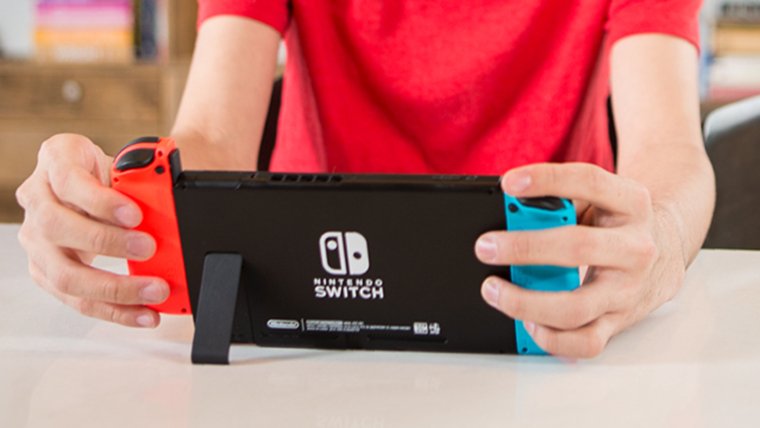 If you’re like us, you’re counting down until the March 3rd launch of the Nintendo Switch, and Nintendo has released a new video to give the world its closest look yet at the new console/handheld hybrid.

While the video is light on technical specifications, some of which we’ve outlined for you here, it does act as a primer for the general public who may have seen the company’s Super Bowl ad but otherwise hadn’t yet heard about the device.

The video shows off how the Nintendo Switch works in both handheld and docked modes, as well as explains what kind of touchscreen the console has and how the Switch’s Joy-Con controllers can be either attached to a controller grip or the console itself.

The video also explains how the Joy-Con controllers can either be used together like a standard controller, in separate hands for more “relaxed” play, or by more than one person for multiplayer play, reminding consumers that the Switch technically comes with two controllers, which is practically unheard of for most modern console launches. That explanation also includes more of an overview of the “HD Rumble” that the Joy-Cons feature, which promises a better experience that allows for some unique gameplay opportunities, such as minigames that challenge you to guess how many ice cubes are in a glass, or how many balls are rolling around inside the controller. The right Joy-Con’s IR motion camera is mentioned as well, as is the ability to capture gameplay screenshots (video capture is coming in a later update).

Nintendo provides details on charging the Switch, noting that any USB Type C charger will do the job, explains how you can connect up to 8 Switch consoles for local multiplayer or play with others over Wi-Fi, and shows off some footage from Super Mario Odyssey, Splatoon 2, Arms, SnipperClips, The Legend of Zelda: Breath of the Wild, and Mario Kart 8 Deluxe in the process.

Are you excited about the Nintendo Switch? What questions do you have about the console that are still unanswered?