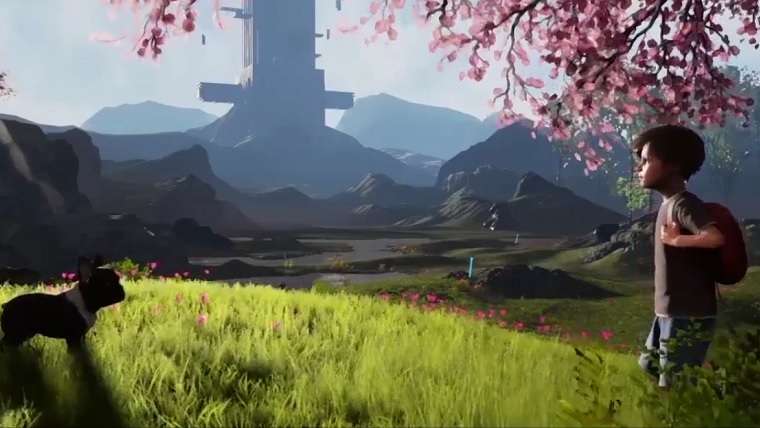 A lot of what the Nintendo Switch is going to offer in terms of games remains a mystery, as despite apparently having impressive third-party support we don’t know what’s in store for launch. However, we do know that it will be getting an exclusive game from developer AnyArts Production called Seasons of Heaven, which is shaping up to be something special. The game has just gotten a trailer that shows off gameplay, which you can check out at the bottom of this post.

The trailer shows off a little boy and his dog as they explore a multitude of lush environments, though things get a little more ominous as the trailer goes on. The little boy’s name is Yann and his dog’s name is Ani, and you can switch between the two of them to utilize their unique skill sets. Giant monsters and ghosts eventually make an appearance, all while the boy attempts to flee to safety. It’s definitely not the kind of a game that you would expect to be a Nintendo Switch exclusive, but hopefully it’s a sign of things to come.

This is the developer’s first project, so it’s hard to judge how this one will ultimately turn out and there’s currently no release date for the game. The game is based off of a french novel of the same name, and the author of the novel serves as the game’s creative director. The game follows a group of survivors through a post-apocalyptic world, though much of the game remains a mystery.

Nintendo Switch is set to launch in March of next year, though there’s still a lot of information on the console that we’re waiting for. It will be next month when we’re expected to learn the console’s official price, specs and release date, as well as the lineup of games that will be available at launch. Check out the official trailer for Seasons of Heaven below.