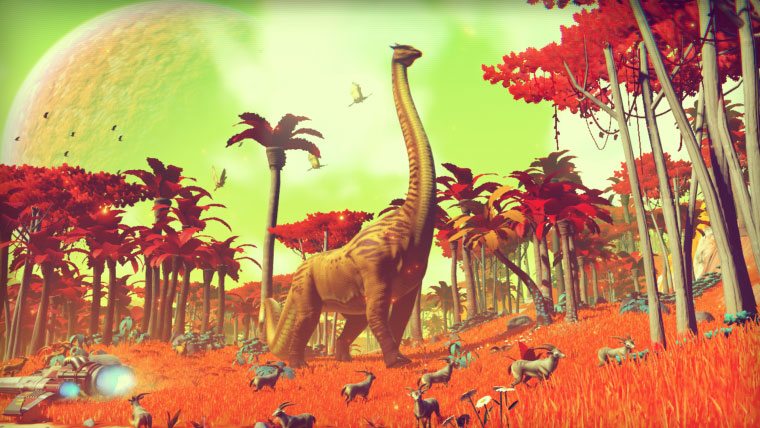 No Man’s Sky has sort of become synonymous with “disappointing game”. The release was a bit of a disaster, with reviews largely middling and fan reactions extremely harsh, mostly due to the game being buggy and lacking a lot of the features that were promised. A big part of the criticism was also aimed at the full $60 price tag, which seemed to hint that this indie title would deliver a more AAA experience. Now, with the game very much a known quantity, and a big update that could really improve the experience, No Man’s Sky has a temporary price drop on Steam, down a full 40% to $35.99.

For some, this might not be enough to get over the problems that were seen at launch and the subsequent fury from the gaming public. Others might feel that this is a worthy entry price for a game that did offer endless exploration, if only of randomly generated planets that felt somewhat similar after the first few.

Performance updates have also been issued, along with the recently released Foundation Update. This large patch adds new features, such as base building to the mix, giving players more to do with all of those resources that they spend time gathering.

What do you think? Is this new price point low enough to erase some of the sins of the past? Let us know in the comments.