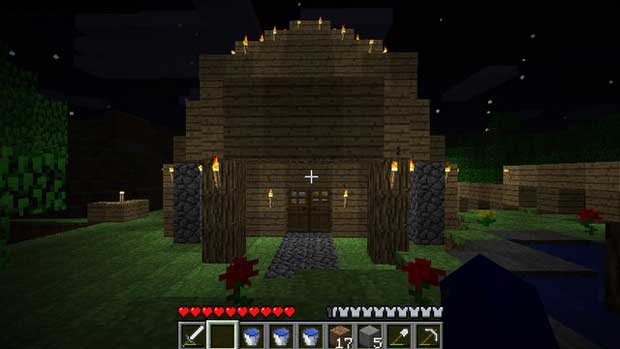 One of the biggest features that is on it’s way to Minecraft is the new XP system.  Notch recently revealed the coming content in an interview, where he also professed some of his inspiration for the new mechanics and the possible backlash that big changes like this could bring to the game.

“I’m a big roguelike fan,” explains Notch. “It’s really fun. The idea is that you level up really, really fast. You can grind away and level up fast if you want to, or you can just play as normal and level up that way. The longer you play, the bigger the risk of dying becomes. It’s the part that really works. If it feels like it’s too harsh, we might make it half or something like that. But the fact that you lose everything – you lose all your inventory anyways.”

“It’s the biggest risk,” the developer told PC Gamer while referencing the possibility of upsetting some of the fans of the game. “We have to make sure that it’s fun, and as streamlined as possible. I kind of figured out that a really good test of what works or not is when I go back to 1.7.3 – the previous version. If it feels like it’s lacking that feature, if it feels like it should be in there.”

I’m sure we’ll be getting more details as development continues.  The adventure update which is coming soon will include many new features.  Whether or not a new XP system is one of them is unknown.