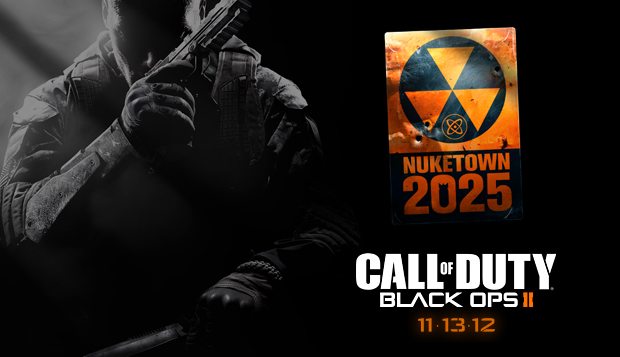 Last week it was rumored that Nuketown would return in Call of Duty: Black Ops 2.  Activision has since confirmed the rumors by answering all questions about the return of one of the most popular maps in Treyarch’s last title.

The popular map will be included as a pre-order bonus for Black Ops II, and “will be available through most retailers worldwide” according to Activision.  The map will likely come as a code that accesses the downloadable content, as it will be available on November 13th 2012, the day of the Black Ops II release.

The pre-order bonus will be available on all launch platforms says Activision, this means PlayStation 3, Xbox 360, and Steam users will all have access to the content if they’ve pre-ordered the game.   Activision notes that this is NOT disc locked content, this will be available as a download only for those that pre-order the game from participating retailers.

For the full FAQ on the Nuketown 2025 pre-order bonus, head to CallofDuty.com