Playdate – the Handheld With a Crank – Gets Preorder Date

Get your gaming hipster hats on, it's time. 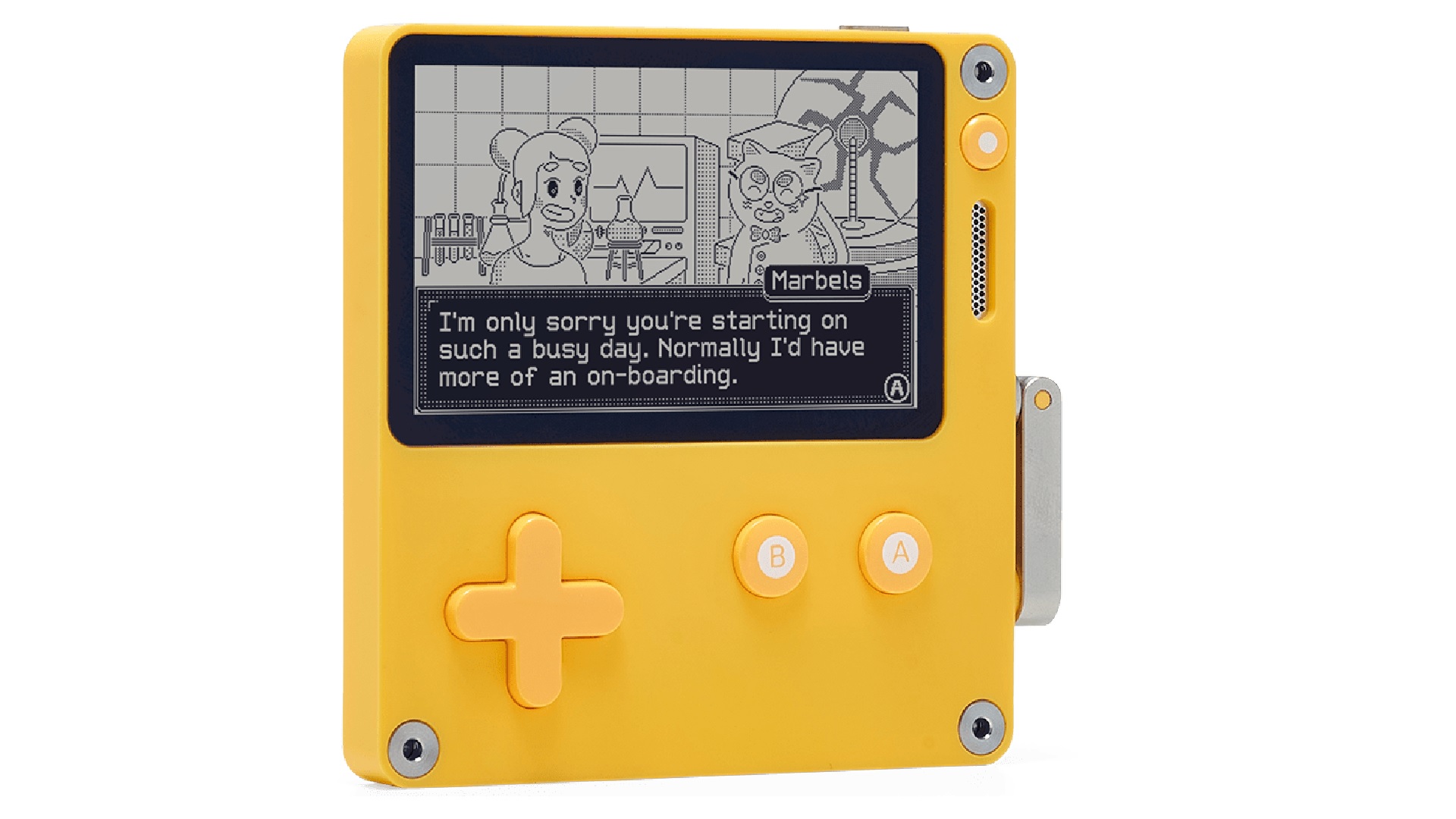 Playdate, the other, other handheld coming later this year, finally has a preorder date. If you’re unfamiliar with what the Playdate is, it’s a yellow, monochrome display, handheld gaming console equipped with a crank for unique gameplay experiences. It will initially launch with a season of 24 games that are distributed weekly so there’s always something new to play. This little device was created by the software studio Panic. If you’re unfamiliar with them as well, they assisted in the creation of Firewatch and Untitled Goose Game to name a few of their great games. Their submission to the console market will begin this July 29th, 2021 when preorders go live. This is great news for the studio and would-be buyers alike as last week was not looking too good.

Over the past week, Panic tweeted some disheartening news from their Playdate account for would-be system owners. The tweet explained that their production factory in Malaysia ceased all activity from July 4th to July 21st to prevent the further spread of COVID. The studio promised that preorders would not be halted and it looks like they were able to stay true to their word.

The preorder process, on the other hand, got some new details. The first batch will include a total of 20 thousand units and is expected to ship in late 2021. The company promises that preorders will not sell out but they will also watch the demand to see what their 2022 production plans should be. To perhaps make things a little more complicated, preorders are limited to just two a person (to prevent scalpers), and will only ship to certain countries at this time. The price point is set at $179 a unit and pre-orders must be paid in full. Luckily, if you decide to cancel before it ships, you will receive a full refund for the item.

While the system is definitely not aiming to compete with the Switch OLED or Steam Deck coming later this year, the novelty of the device may win a few people over who want to play something a bit more out of the box than the usual AAA offering.