Bundles include a Pikachu and Eevee-themed Switch, a digital copy of one of the games, and a Poké Ball Plus. 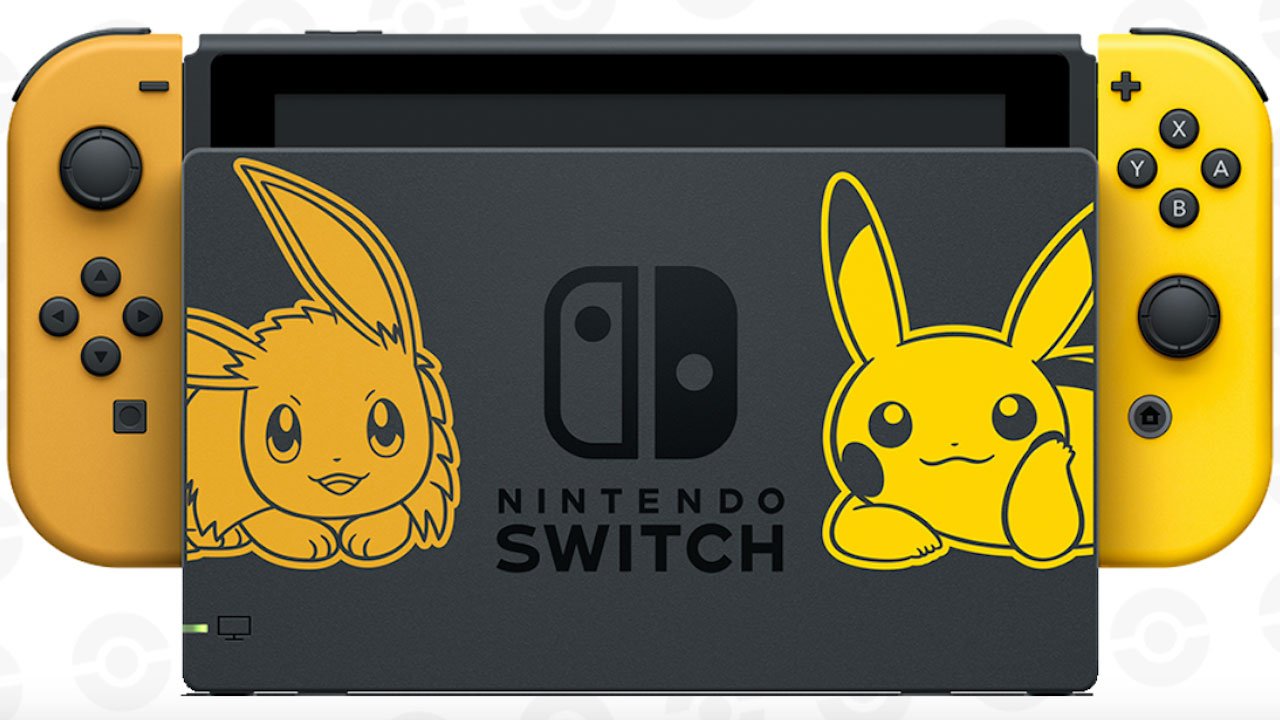 Pokémon: Let’s Go, Pikachu! and Let’s Go, Eevee! are the first mainline games in the incredibly popular series to be released on a home console, rather than exclusively on a handheld console, as the games will be launching on Nintendo’s home console-handheld hybrid, the Switch, in November. Now, those who mainly buy Nintendo’s handheld consoles may have some extra incentive to get a Switch.

Nintendo recently revealed two new Switch bundles, one for Pokémon: Let’s Go, Pikachu! and one for Let’s Go, Eevee! These two bundles include a Nintendo Switch console, a digital code for either Let’s Go, Pikachu! or Let’s Go, Eevee!, and a Poké Ball Plus accessory. The Switch that comes in these bundles will have a number of cosmetic differences from normal Switchs, such as images of Pikachu and Eevee looking toward you on the front of the Switch’s dock and a number of silhouettes of the two Pokémon on the back of the dock. The bundle will also come with Pikachu and Eevee-themed Joy-Cons; the left Joy-Con will have an Eevee-themed brown and tan color scheme while the right Joy-Con will have a Pikachu-themed yellow and brown color scheme. These bundles will cost $399.99 MSRP.

Pokémon: Let’s Go, Pikachu! and Let’s Go, Eevee! are set to launch on the Nintendo Switch on November 16.